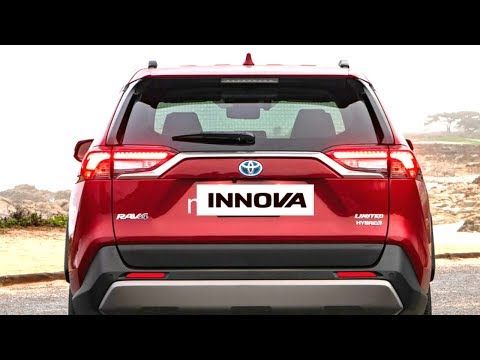 Already known to some, the news of Toyota preparing for its new model of Innova making its debut
in India and on the global market around the end of this year is followed by the word that the new
model could enter in a couple of months. This may be because Toyota is exhausting its Innova stock
due to high demand. To facilitate the demand Toyota plans on introducing Innova TRD Sportivo, the
model of which was spotted in Indonesia. It has got the latest black alloy wheels similar to those
used in Innova Venturer.

The sides of the new model are designed to showcase the TRD Sportivo sticker that is similar to the
Toyota Rush sticker style. The vehicle is fitted with a body kit at the back of the bumper, a rear
spoiler, and a TRD Sportivo emblem. The new version is also heard to be available in only diesel
option. The Indonesian market would see the model by the end of the year, as the spoiler image of
the spotted vehicle confirms that the model is ready to run.

Introduction to this latest version seems to have been aimed at adding to the stocks of exhausting
Innova G and Innova V models. India can become a platform for the debut of Urban Cruiser sub-4
meter SUV in the next couple of months. Toyota also seems to have initiated the facelift preparation
for Fortuner which has already made its presence known on the market. Innova facelift might be
launched in India sometime in 2021.

Ultimately worth mentioning, the pictures of this new facelift uncover the features and confirm that
it is equipped with a body kit having the same black shade as the vehicle's outer body itself.