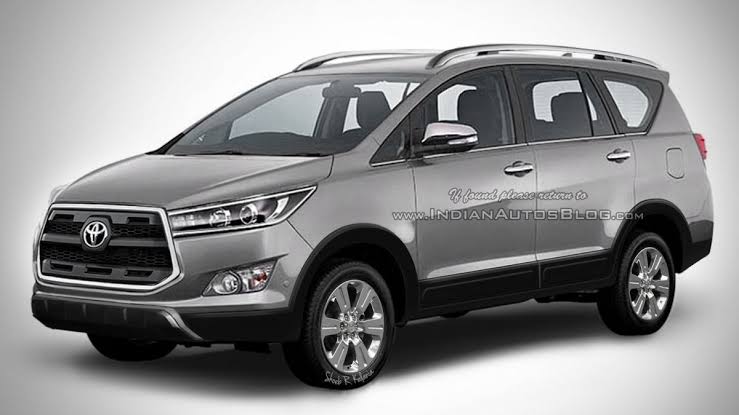 Toyota is inching closer every day towards unveiling their new Innova variant, the HyCross. This new MPV is set to be a global model set to debut sometime in November and go on sale in the early months of 2023. Packed with a lot of features this stylish new vehicle will rule the roads in the coming months. It is to be noted that the Toyota Innova is one of the most favourite MPVs in the Indian market. Let’s look into some of its outstanding features and its performance.

The new Innova HyCross will only come with a petrol-hybrid configuration and not a diesel option with it. It will be equipped with a 2.0-litre strong-hybrid powertrain that could produce around 150hp. This petrol only setup is similar to that of Toyota HyRyder, which however, has a 1.5 litre engine powering it. The engine is mated to an e-VCT pack which can provide a much smoother ride than Innova Crysta.

The transmission will not see a huge shift from the older one but we can expect the shifts to become smoother. As far as the overall performance of the MPV is considered, the mild hybrid will enhance the mileage of the car. With more and more focus on efficiency and lower emissions, the new MPV will be greener than the previous model.

Dimensions and Exterior of Innova HyCross

The upcoming model of Innova, the HyCross is slightly longer than the Innova Crysta. It is around 4.7 metres long and has a wheelbase of 2,850mm. It will also be the first Toyota to get a Monocoque Architecture in it. This will be much lighter and more advanced than the ladder-frame architecture equipped in previous models. Thanks to the new setup the HyCross will get a flat floor at the rear which will free up more space too.

This flat floor will increase the comfort on the third row passengers. Even as of now, the company enjoys a massive following with the family buyers. The third row seats that are perennially reserved for the kids and youth in the family can finally be used by full grown adults too. While the increase in total length of the vehicle is minimal, the front view of the vehicle has changed considerably. It sports an almost similar look to the Lexus MPVs. It is to be noted that Lexus too is another brand of the Japanese carmaker, Toyota. On the outset, the new Toyota Innova HyCross seems to be a massive upgrade from the predecessor in terms of the style quotient.

On the front, a large grille will show off with a pair of sharp LED head lights. On the sides we can notice the large alloy wheels, possibly 17-inches. The rear features a pair of horizontally positioned tail-lamps with LED brake lights, along with halogen turn signals. This grand & bold styling is a stark difference from the previously used subtle designs.

The upcoming Innova HyCross will get a much longer feature list than its sibling Crysta. Some of the features include a fully digital instrument cluster in higher variants, a 360-degree camera, sunroof, multiple USB outlets, wireless charging, and a large touchscreen system inside it. These are pretty much the norm these days and it is high time Toyota provide much better value in the segment.

True that the Toyota Innova is a comfortable MPV in the Indian market but with new players coming up, the Japanese automobile giant needs to pick up its offering. The new MPV could also feature an electronic parking brake on higher variants, a soft touch dashboard, and LED headlamps. The middle row of the vehicle will also get the Ottoman Function with captain chairs.

The HyCross with all its advanced features and styling will be expected to go up to ₹ 28 Lakhs. It is expected to be unveiled next month, but its price announcement is expected to be during its official launch and debut, which is scheduled to be in the first quarter of 2023.

We can sure expect the full set of features by then. So, what are you expecting from the new MPV from Toyota?