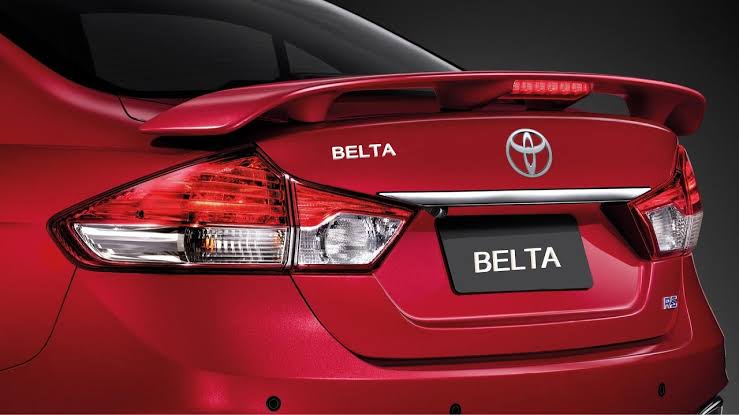 Toyota will launch the premium sedan Toyota Belta in December 2021. The Japanese carmaker will make the most of the festival season, Christmas time and the new year holidays. Belta will be positioned above the existing sedan Etios and slightly below the Yaris sedan of the company.

Japanese carmakers Toyota & Suzuki had previously signed on an agreement by which the former will get access to the models of the latter which will be rebadged under the Toyota marquee and sold in the country. In return Toyota will develop new engines and technology along with the Suzuki team. While the arrangement seems one sided, Suzuki will have access to the technology of Toyota and the cooperation will help the brands to capture the African market too.

The Toyota Urban Cruiser or the rebadged Vitara Brezza compact SUV has provided an impetus to the sales of Toyota models in the country. With a stale lineup of cars that is almost 5 years old, Toyota needed the partnership more than Suzuki. However, Maruti Suzuki will enjoy the economies of scale with this move and get many other advantages in this global partnership.

Toyota will launch the premium sedan Toyota Belta in December 2021. While the exact date of the launch is unknown yet, we can safely assume that it will be before the end of the year.

On Road Price of Toyota Belta

Ciaz, the premium sedan is one of the most loved cars in the Suzuki lineup and Toyota will expect to capitalise on its brand identity and differentiate the car to its customers.

Toyota will retain the same 1.5 Litre petrol engine which had powered the original Maruti Ciaz. The 1.5 litre engine provides a maximum power of 103 hp and a peak torque of 138 Nm. The 5 seater sedan will be launched in both automatic transmission models. The petrol engine will be mated with a 5 speed manual gearbox or a 4 speed automatic transmission.

However, the real advantage of the mild hybrid system is not in terms of the power or torque boost that the sedan gets but the ease of driving and fuel efficiency in the crowded city traffic. When the car stops at signal, the petrol engine gets cut off and the electric motors take over. Similarly, when the vehicle is ready to move, the battery powers the car for a few metres and once the car reaches a minimum speed, the petrol engine takes over.

This helps to conserve the fuel in the city traffic and provides a boost in the mileage. Ciaz had a mileage of about 20km but with additional hybrid powertrain, Belta could provide as much as 22-23 km inside the city.

On the front, Toyota Belta will get projector LED headlights and fog lamps. The new lamps will make it stand out and provide ample lighting. The powerful projector lamps help in night drives. A stylish DRL, electrically adjustable ORVMs with LED signals will make the model distinctive from the Maruti Suzuki Ciaz.

The ABS braking system, automatic climate control, EBD, and dual airbags on the front row, rear view camera, makes it a better car than the Ciaz. However, the difference stops there. Apart from the above mentioned, the Belta has nothing new when compared with the Ciaz.

On the rear, the Toyota marquee and the branding will make the car look truly unique. On the inside, Toyota provides a whole new level of upholstery and styling. The dashboard looks premium and is equipped with a 7 inch infotainment system. As the industry standard, the infotainment system provides compatibility to both Android Auto & Apple Car Play.

An elegant front row and a spacious second row of seats make the Toyota Belta likeable.

Toyota Belta will be an excellent sedan for budget conscious customers. While it is not a compact sedan, the price of the Toyota Belta will not be comparable to the likes of Skoda, Volkswagen and other players in the market.

When compared with the original Maruti Ciaz, the Belta packs better features, fully reloaded interior, and a mild hybrid powertrain. This goes a long way in ensuring a better drive quality. If you are looking for a 5 seater sedan that has everything that you need without biting your bank balance, then the Toyota Belta is the best choice for you.