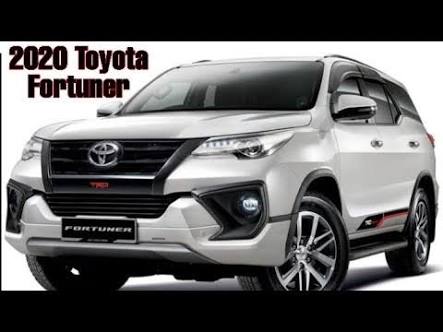 Toyota which is launching its new BS6 version of the Toyota Fortuner is all set to start accepting bookings for the car from mid-January 2020 at a booking amount set at Rs 50,000. Despite being slightly expensive Toyota Fortuner is one of the best selling models of Toyota and its high demand has already exhausted the stocks of the BS4 models. So now since the BS4 version is being replaced by the BS6 version, the demand has also shifted to the BS6 version.

The BS6 compliant Innova Fortuner with a more sophisticated Selective Catalytic Reduction technology and a new Diesel Particulate Filter will lead to an increase in the price at roughly around Rs 1.5 lakh which will make the car to be priced at somewhere between Rs 28.73 lakh to Rs 33.85 lakh.

The Fortuner will be powered by a 2.8-liter diesel engine that puts out 177PS and 450Nm of twist and shares the 2.7-liter petrol unit with the Innova Crysta.

Toyota is also going to launch the BS6 version of the Toyota Innova Crysta with the Toyota Fortuner which are the only two locally-manufactured diesel models in Toyota’s India line-up. Other models that Toyota will be launching soon are the Toyota Yaris and Glanza from the Etios family only in petrol form and the Toyota’s super-luxury MPV, the only as a petrol-hybrid model.