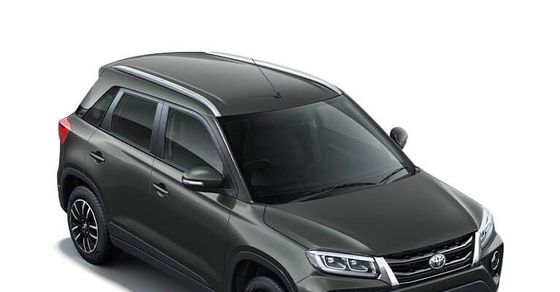 Toyota has announced 23rd September 2020, the date for the launch of the all-new Toyota Urban Cruiser. The forefront of its launch, many traders informed that pre-bookings for the compact-SUV had been made past in August, deliveries announced to start from mid-September. Yet, these are only dealer-level anecdotes right now, with Toyota however in progress to make any authorized report, on the subject of the pre-bookings.

The Toyota Urban Cruiser will be the second product to be introduced by the Suzuki-Toyota partnership after the Toyota Glanza, which is a similar version of the most popular hatchback Nexa Baleno. This partnership can create a revolution in the Indian markets, which can be the root cause for the growth of both the business in the automobile industry.

The front look of the new Toyota Urban Cruiser is precisely similar to the Suzuki Vitara Brezza. The headlight design is almost alike. The price scale is predicted that it can be equivalent to the Vitara Brezza, the Toyota compact-SUV will be powered by the identical engine and transmission that is presently featured on the new Maruti Suzuki Vitara Brezza.

Thus, the new model is turning to clash with rivals like Kia Sonet, Renault Kiger and Nissan Magnite which are enough to give a tough fight to the Toyota Urban Cruiser 2020. The notable Urban Cruiser is going to be showcased on the SUV segment’s competitive marketplace associated with the Indian market.

There are many established models in the section, such as the Hyundai Venue, the Ford EcoSport, Tata Nexon and Vitara Brezza. Consequently, the new model would be expected to create a boom in the Indian Markets during the festive season to attain the maximum sale targets.