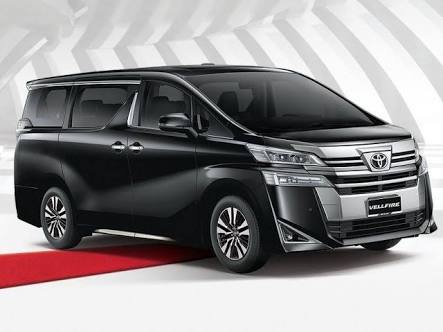 Japanese Carmaker, Toyota is all set to launch its new Premium MPV that will hit the showrooms in February 2020. The model will be called Toyota Vellfire and is now open for customers for test drives and pre-booking at a sum of Rs. 10 lakh. The full production and delivery to customers will be done in April or March.

The six-seater high-end MPV will be brought as CBU under the government’s new import rules.

As of now it is offered in a single variant and will be priced at a rate of Rs. 80 lakhs. The carmaker might introduce 7-seater or 8-seater variants later.

Coming to the feature, the MPV will be loaded with comfort goodies and advanced features like 10.2-inch HD displays for the second-row seat passengers along with an aftermarket 7.0-inch touchscreen infotainment system for front-seat occupants, three-zone automatic climate control, twin moonroof and many more.

The Premium MPV will be a direct rival to the Mercedes-Benz V- class. It will also face tough competition from the upcoming Kia Carnival.