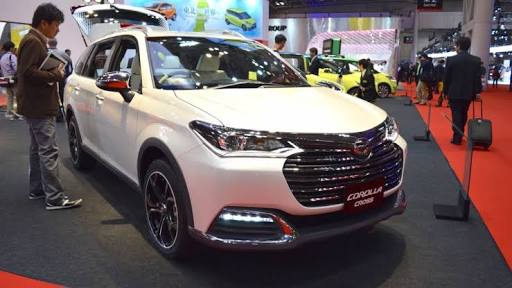 Japanese automobile manufacturer Toyota is blazing in the SUV market with its supermodels. Just days after unveiling the design of its hybrid SUV model Yaris Cross, a fresh spy shot of its latest SUV Corolla Cross model has gone viral among automobile lovers.

Toyota, which is currently soaring in the automobile market globally, is building up its SUV portfolio with hybrid model launches. The Corolla Cross SUV model would put up a rival fight with the current SUV monsters in the market such as the Kia Seltos and Honda HR-V. The SUV model is internally codenamed as 740B and is undergoing a super hybrid build.

The latest addition to Toyota’s SUV global market line is currently put on hold by the manufacturer due to the ongoing coronavirus pandemic. However, the SUV model is likely to be launched in the global B-Segment SUV market in most of the developing nations once the activities turn to normalcy.

Sources state that the 740B SUV would be a low-cost version of the manufacturer’s RAV4. 740B Corolla Cross, as the name suggests, would be an SUV equivalent to the Toyota Corolla Sedan model. The 740B Corolla Cross is expected to have a 1.8-litre petrol unit and a 2.0-litre flex-fuel engine option borrowed from the Corolla sedan. The design is expected to be a styling mix of RAV4 and the new Yaris Cross.

The Toyota Corolla Cross SUV model is likely to find a slot between the launch of the Japanese manufacturer’s Yaris Cross and RAV4 in the global queue.