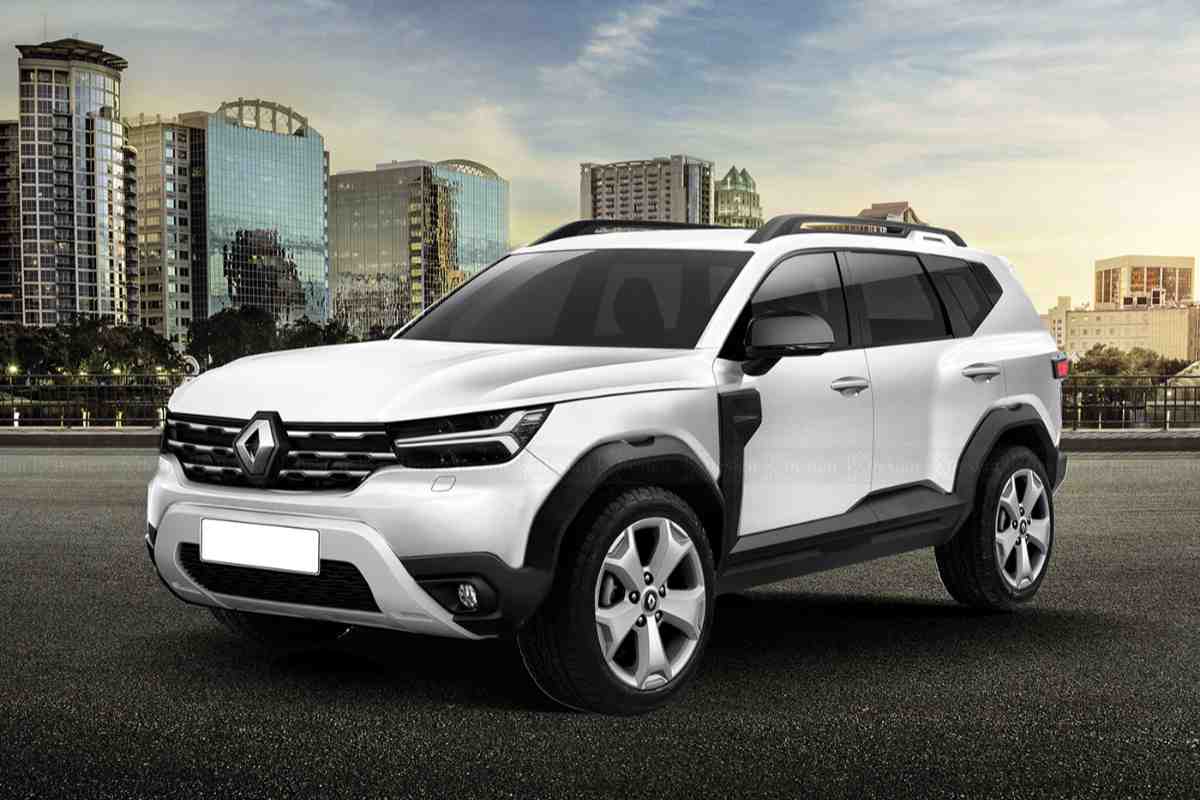 The 7-seater Grand Duster, which has recently been spotted testing, is being developed by Renault’s low-cost brand, Dacia. The 7-seater SUV was spotted once more during a TV commercial shoot, revealing its overall styling and features. The SUV is based on Duster’s second generation, which isn’t available in India.

The Grand Duster, which will seat seven people, will be built on the modified Duster, which will be available in European markets soon. According to spy shots, the latest model would have redesigned LED headlamps with a sleeker look. LED taillights will also be added to the back. A new front bumper with a wide skid plate and fog lamps is mounted on the car. The overall profile appears to be combative.

The 7-seater Grand Duster has redesigned diamond-cut alloy wheels on the side profile. The SUV’s body is elongated to make room for the third row of seats. The ORVMs and roof rails are finished in silver. The SUV has body-colored door handles and blacked-out windows. The B-pillar has a black finish, while the other pillars have a body-color finish.

The Grand Duster is supposed to come in 6- and 7-seat configurations. Although the middle row of the six-seater will have captain seats, the second row of the seven-seater will have bench-style seats. In global markets, the Dacia Duster is available with a variety of engine options. This time, the company will offer a 7-seater version with an EDC automatic gearbox. The vehicle will also be available in an Eco-G variant with bi-fuel technology, allowing it to run on automotive LPG (also known as Autogas). Both front-wheel drive and four-wheel drive will be available.

Renault would not bring the Duster’s second generation to India. Instead, by 2022-23, the company expects to introduce the third-generation model in India. The latest model will be built on the CMF-B platform, which will also serve as the foundation for the next-generation Nissan Kicks. Surprisingly, the CMF-B platform is also used to design and build the Dacia Bigster concept.

In India, the current Renault Duster is powered by a 1.3-liter turbocharged petrol engine that produces 154bhp and 250Nm of torque. A 6-speed manual transmission and a CVT automatic transmission will be available.