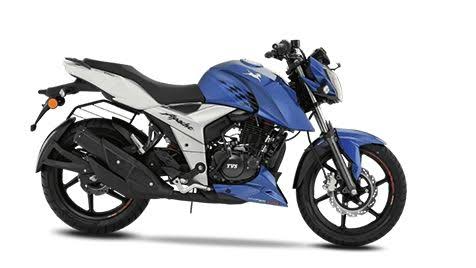 With top notch marketing tactics and on point communication, the Hosur based bikemaker TVS had successfully earned top of the mind recall among its target audience. The Apache family was conceived back in 2005.

Having undergone notable upgradations and iterations that prominently convey its premiumness, it has an uncanny resemblance to the TVS Apache RTR 200 4V. Let’s take a deep dive into the specifications.

Starting with what first meets the eye and strikes a chord with bike enthusiasts are its appealing aesthetics inspired from concept of ‘Draken’, first shown at Auto Expo 2014.

With style being a priority among auto and bikemakers these days, the bold TVS Apache has an all new LED lighting headlamp unit and tail lights.

Along with these, the biker rides this beauty being seated on new dual toned seats that is also spotted on the mudguard and simple yet eye catching racing graphics on the gigantic fuel tank, the capacity of which is 12 litres, it definitely attracts millennials and aggravates the firmness of its stance.

The alloy wheels with a rare tyre hugger give the feeling of riding on a race track. It comes in three colours which are red, black and blue.

Touted as this segment’s leader in terms of performance and rightly so because it can accelerate from 0-60 km/hr in mere 4.73 seconds, flaunting its capability of hitting a top speed of 113 km/hr.

A city rider can easily expect a mileage of 40-45 km/l and a ground clearance of 180 mm. Considering the traffic that crowds the city roads, TVS has made a smart move with adding the feature of GTT – Glide through traffic that enables smooth riding at low speeds, making it easy for the rider to manoeuvre through the traffic.

The key element of modification here that steals the limelight are the two engine options – EFI and Carbureted. The single channel ABS is standard. There are three versions further namely the base carb front disk brake version, card double disc variant and EFi front and rare disc brake variant. The overall upgradations also include those done in the chassis, suspensions and basing this model on a new 4-valve platform.

Apart from the above specifications, its digital instrument cluster like the speedometer and tachometer are impressive. The pricing starts at Rs. 92,306 (ex-showroom) and goes up to Rs. 1.01 Lakh (ex-showroom) for the EFi variant. It comes with a BSV! Compliant engine and is an ideal ride for a daily commuter due to its superior handling and features that blend the ride smoothly with the city traffic and road conditions.