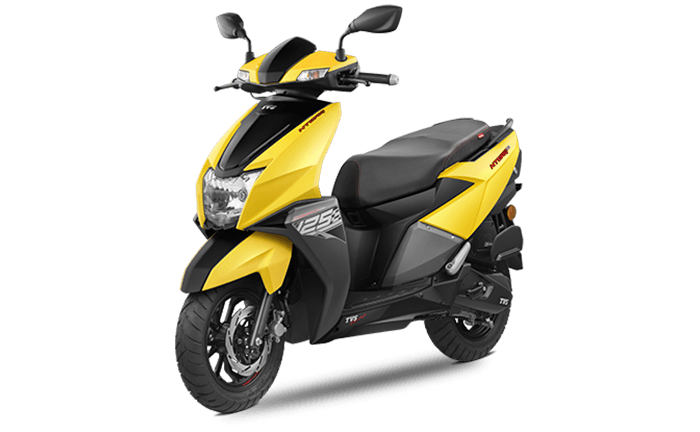 The special edition of the TVS Ntorq 125 will be launching as a remarkable version. It is about to arrive in the market, and as we can see in some pictures, it has a more detailed look, unlike the traditional scooter.

The brand new edition of the Ntorq 125 would be costing Rs 77,865. This model is inspired by the marvel avengers, as we can see from its side profile. In addition, the special edition Ntorq will be accessible in 3 shades that are Combat Blue, Invincible Red, and Stealth Black. All of these exclusive colors are intended with the features of the Marvel character like Black Panther, Iron Man, and Captain America. Apart from its price range and attractive color versions, the new Ntorq will have an identical 124 cc engine. It is also has a complete LED headlamps, a Bluetooth feature, and a front disc brake facility.

All three unique color versions would offer the rider with a different look on the streets. The buyers of the scooter will be getting an enormous feeling of being a superhero themselves. Officially, the new Ntorq 125 model is also known as the Super Squad Edition. It carries some of the avenger superheroes’ trademarks in the front and the sides of the new version. One of the variants showcases the Captain America shield on the side panel. The Black Panther variant is covered with a black and purple shade, which is just keen to see.

However, with such a price range and features, the special edition Ntorq 125 can compete with other brands like the Hero maestro 125, Yamaha Ray-ZR 125, Honda Grazia, and Aprilia Storm 125. The car dealers are all set to deliver this new version to its purchasers to raise the number of sales in the forthcoming festive season.