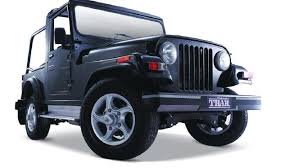 Around the dates of the Auto Expo 2020, which will be held in Delhi, the public will get to see the launch of 5 brand new cars in the Indian market.
Here is acurated list of the same:

Honda City sedan on the Indian roads. Honda City will be makings its debut at the Auto Expo 2020.

The new model is expected to launch around February or March. The all-new Sedan will be offered with a BSVI compliant version 1.5-litre I-VTEC petrol and 1.5-litre i-DTEC diesel engines.

MG Hector had recently launched the 5-seater SUV in the Indian market and the SUV had received some excellent responses from the public as the car went out of stock within no time.

The company is on the move to launch a 6-seater model which is expected to launch in India in 2020 first quarter. The SUV will come up with two engines a 170bhp, 2.0L diesel and a 140bhp, 1.5-litre turbo petrol.

Mahindra’s SUV, Thar will be entering the market in India 2020. Mahindra’s Thar will be coming up with added features such as the all-new GEN3 platform, hardtop which will be factory-fitted, multi-functional steering, a huge sound system, touchscreen infotainment system etc.

The car will come up with a new 2.0-litre turbocharged diesel engine which will be producing 140bhp and over 350Nm of torque.

The Korean automaker Kia, is all set to launch its second model in the country in 2020. The 7-seater Carnival MPV will arrive during the Auto expo 2020.

The model will be powered by BSVI compliant 2.2-litre CRDi diesel engine which will be coupled with a 6-speed automatic gearbox. Carnival is 5115mm in length and will have a wheelbase of 3060mm.

Tata Motors is all set to launch the all-new 7-seater SUV which is entirely based on the Harrier.

The model was showcased at the 2019 Geneva Motor Show as the ‘Buzzard’. The engine of the car will be seen producing 170bhp and 350Nm of torque.

The model will come up with a transmission option which will include a 6-speed manual and a 6-speed torque converter automatic. Buzzard is expected to be 4,661mm long and will be seen having a wheelbase of 2,741mm.