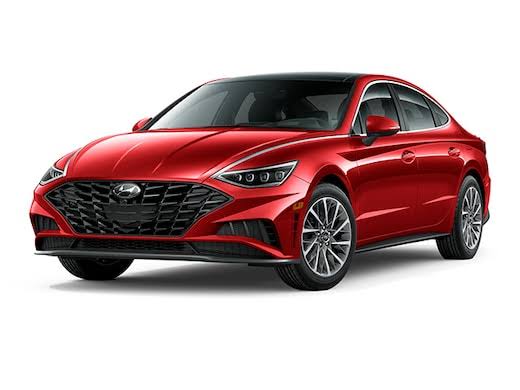 Hyundai is the second most selling car brand in India and recently Hyundai had come across a controversy in India. While the controversy has a political & geo-political tone, the sales and revenue of the company in the automobile market could take a slight hit. Many fans of the company were posting against their favourite Korean brand. Even Kia, the fellow Korean company had been facing the heat from the Twitter fans. In this article, let us have a look at the timeline of the events and how the issue is being solved by the Korean automobile giant.

The whole controversy was started by a tweet from the Pakistani distributor of the Hyundai brand. In the Tweet, the Pakistani Hyundai distributor had posted a solidarity tweet with the Kashmiri people. Kashmir is a sensitive issue and both India & Pakistan considers the issue as the important bone of contention in their foreign policies. This issue was quickly picked up by the Twitter users from India and the Hyundai India was inundated with the messages from the Indian Twitteratti.

While the official stand of the Hyundai India is that the Pakistani distributor is not a subsidiary and only a distributor of the brand in Pakistan, the Twitteratti took no comfort in their response. The Hyundai distributorship is owned by a company called for Hyundai Nishat Motor (Pvt.) Ltd. in Pakistan. The Pakistani company had used the official Hyundai logo in the creatives used by their marketing campaigns. In its post it had references for the Kashmir Solidarity Day that is celebrated in Pakistan on February 5th.

Hyundai India had given an official statement on February 6th, explaining the commitment and stand of the company with the Indian market. It had clarified that the Twitter post by the Hyundai Pakistan about Kashmir is unsolicited and does not reflect the official stand of the Korean multinational. However, the netizens and Twitteratti took to the Twitter again demanding an apology from the company.

The Korean ambassadorial staff was called on by the Indian government officials and the Korean ambassadorial staff clarified the official position of the country. This issue was escalated even at the ministerial level and the Indian External Affairs Minister spoke with the Korean counterpart regarding the Hyundai issue. A statement had been issued regarding the ongoing Twitter fiasco. Hyundai followed the February 6th post with a new post today, regretting the actions of the other company. It has also regretted for the inconvenience and offense caused by the social media post to the Indian people & government.

While it was the post of the Hyundai that caused the initial uproar in the online world, soon the netizens were searching for other companies and their messages in Pakistan. It was later found that the Korean sister company of Hyundai, Kia also had a similar post in the Pakistani account.

Even Kia India had clarified that the Pakistani distributorship is an entirely separate company and it doesn’t recognise non-brand oriented content posted by the Pakistani company.

The Korean companies, Kia & Hyundai had officially given a statement regarding the same and have distanced themselves from the Hyundai Pakistan and Kia Pakistan tweet about the Kashmir.

Even Japanese companies including Suzuki, Honda & Toyota had expressed similar regrets over the Twitter as the Pakistani companies have posted a similar post.

The Call for Boycott of Hyundai Cars in India

Hyundai had thought that the clarification provided by the company on February 6th would put the controversy to rest. However, the Indian Twitter started trending #BoycottHyundai and soon the Korean automobile giant understood the gravity of the issue.

By the time, the Indian subsidiary issued another clarification on February 8th, there had been many cancellations of the Hyundai cars. The backlash and the social media storm was too much to handle for the company. After all the size of the Indian market is at least 10 times bigger than that of Pakistan.

While Hyundai doesn’t have a huge market share in Pakistan, Toyota has a considerable interest in the country. However, all companies including Toyota, Maruti Suzuki, Honda had issued official statements that had distanced themselves from the social media posts made by their respective distributors in Pakistan. Interestingly all the companies belong to either South Korea or Japan.

Other companies that had issued similar statements from other industries include Dominos, KFC, Pizza Hut, all American food chains.

A Lesson to Learn for the Automobile Companies

India is a growing and expanding automobile market and plays an important role in the supply chain too. Hyundai produces most of its cars from the Indian factories and the cars are exported from India. Maruti Suzuki is the largest carmaker in the country and the exports from India reaches as far as South America.

The Indian market and the production facilities play an important role in the operation of these companies. In view of the critical link in their businesses, these companies have come out of the way and issued official statements.

The storm over Twitter is yet to subside and people are already demanding MNCs to come out of Pakistan. Many hastags including #BoycottPakistan #MNCsGetOutofPakistan #LeavePakistan have been trending intermittently. These are tall tasks to be achieved through the Twitter, nevertheless the netizens are ganging up on these companies and creating a Twitter storm to pressurise these companies.

Hyundai is launching the 2022 Facelifted Creta and the Kia Carens has already reached the showroom. In spite of the Twitter storm, many interested car buyers have booked these cars and will continue to buy the South Korean cars.

So, what do you think about the whole issue? Did Hyundai India handle the issue well? Do you think that the backlash was focussed only on Hyundai and Kia or was the companies right in their actions? Will you or will you not buy the South Korean cars?