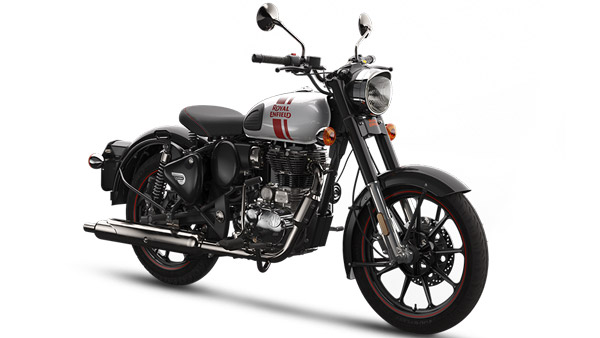 The latest generation of RE Classic 350 will be hitting the roads in the upcoming weeks. Before its official arrival, the spy images and pictures had been leaked multiple times on the internet. According to the latest spy video, the bike has a new instrument cluster with a display and an analogue metre. The time display, fuel gauge and odometer can also be noticed. The video reveals that the RE Classic 350 will come equipped with a Tripper navigation system. It first appeared in the RE Meteor 350. The system works in combination with Google Maps and Royal Enfield app.

There will be minor design alterations in the Classic 350. The bike will receive upgraded handlebar grips as well as switchgear. However, the retro-styled circular headlamp remains the same. The grab rails are placed a tad bit higher than before. There will be a sleeker, circular LEED taillamp and completely new turn indicators. The seating will be much more comfortable, and improvement has been made in the ergonomics as well.

Major alterations will be introduced in the case of the engine and underpinning. The RE Classic 350 will be developed on the new j1D architecture. The same has been used to underpin the Meteor 350 as well. A 349cc, oil-cooled OHC engine will be powering up the bike when paired with a 5-speed gearbox. The fuel injected motor is capable of producing a power worth 20.2bhp and torque worth 27Nm.

There will be no alterations done to the braking and suspension systems. There will be telescopic forks at the front and twin gas charged shock absorbers at the back. The bike will get a 300mm front disc brake and twin-piston floating calliper. The 270mm rear disc brake will get a single-piston floating calliper. The bike will also be equipped with a dual-channel ABS system. There will be 19-inch front and 18-inch rear tyres for RE Classic 350.