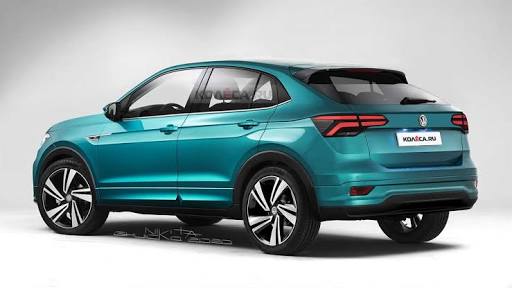 We all know that Volkswagen is gearing up to roll out the most awaited Volkswagen Nivus crossover. The car is completely developed and designed in Brazil. It will come with a cope like profile. Volkswagen has recently released the images of the vehicle on the internet. Recent media reports have suggested that the SUV is all set to be launched in Brazil later this year. Europeans can expect the launch of the car to take place in 2021.

Volkswagen Nivus Crossover looks exceedingly appealing in the images. It is going to have a global premiere in the month of April or May in 2020. The new model of the car will be based on the MQB AO platform, which is also going to underpin the Volkswagen Polo, mid-sized virtus, and Compact SUV T-Cross. The released images of the vehicle are not that clear. It looks good but not good enough to reveal the design details of the car. The coupe-like crossover will share some of its styling from the Volkswagen T cross. It is going to feature the horizontal chrome bar, which crosses air-intake to the company logo. Integrated LED headlamps, huge enclosure, and wider air inlet will also be there in the car.

Ever since the news was launched, it has made a pretty much hyped among the car lovers. The SUV will receive the integrated LED headlamps, massive enclosure for the headlamps and broader air inlet. The side profile of the car is not clear, but we can expect the considerable length. Talking about the interior of the vehicle, it is going to offer a digital instrument console which we have already witnessed on the platform of MBQ. It seems like the car is going to make a significant impact once it launches.