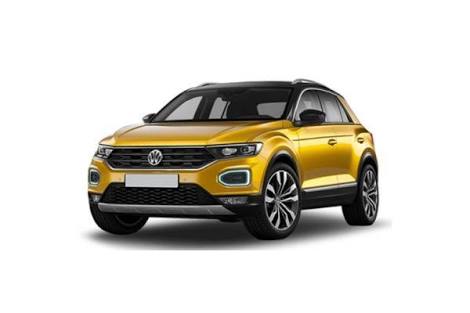 Volkswagen India is ready to take out the 2 new SUVs in India in the month of March, 2020. With that being said, the company will also launch the new Tiguan 7 seater SUV on 6 March 2020. Talking about the Volkswagen T-Roc, it is going to be launched on 18th March. The company has already said that they are going to enlarge its portfolio in the market of India with the new range of SUVs. These SUVs will include VW Taigun, VW Tiguan, VW All-space and VW T-Roc.

Talking about the dimensions, it measures the length of 4.3 meter and is going to sit above the Taigun in the product line up of the company. It is expected to be sold under a single fully-loaded variant. Coming to the appearance of the SUV, it is exceptionally appealing and no less than any other premium SUV. The estimated price of the SUV is around Rs. 23 lakh.

Volkswagen T-Roc is going to be imported in India with 1.5 litres, four cylinders turbocharged engine of petrol. The carmakers has claimed that the car is capable enough to produce 150bhp and the peak torque of 250nm. The SUV has received a seven-speed dual-clutch automatic to perform the duties of transmission. The car will also be available in 6 vibrant colours so that you have the option to drive your desired shade of SUV.

Volkswagen T-Roc will be sharing the platform with the Skoda Karooq, which is due for this year in April 2020. It seems like the car is going to capture the attention of many people by hitting the showrooms of India on 18 March 2020.