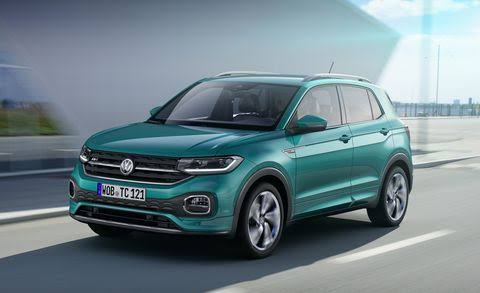 The German automaker, Volkswagen is all set to enter the Indian Sub-compact SUV segment with a new sub-4 meter SUV which will be showcased at the 2020AutoExpo. This would only be a concept display of the car and the production version would be launched in the first half of 2021.

With tough competition from the likes of Hyundai Venue, Maruti Vitara Brezza, Ford EcoSport, Tata Nexon and the Mahindra XUV300, it would be quite a challenge for Volkswagen to make a space in this segment. Also, Renault, Kia Motors and Honda are also planning to venture into the subcompact SUV segment.

Volkswagen which will soon launch the Nirus sub-compact coupe crossover and polo based SUV will be based on the brand’s new MQB AO platform in the Brazilian Market is likely to use the same platform to come up with a similar sub-compact SUV in the Indian market.

Although the details of the SUV still haven’t been completely revealed by Volkswagen, it is reported that the car will offer a 1.0-liter MPi/TSI petrol engine mated to a 6-speed manual or DSG automatic.

The sub-compact SUV  is likely to arrive in the Indian Automobile market in the first half of 2021.