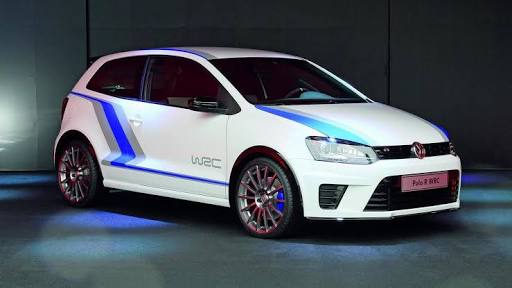 The vehicle is powered by the 1.8L turbocharged engine of petrol and the same engine was powered on the another race model Ameo. The engine has the ability to produce the power of 210 ps and a peak torque of 320 nm which quite impressive. Volkswagon Race Polo Hatch delivers more power by 5bhp as compared to the previous spec Ameo.

The hatch caught the attention of many people in the Auto Expo by its sporty appearance. The company has claimed that the hatch can easily reach 0 to 100kmph in just 5.5 seconds. Talking about the features, it has got ABS (Anti Lock Braking System) and paddle shifters. The features also include data logger and a digital dash.

Volkswagon Race Polo Hatch offers forged alloys of 17 inches, launch control, fire extinguishes system and low drag rear wing. Talking about the measurements of the hatch, it is 3.98m in length and 1.68m in width. The wheelbase of the car measures 2.47m. One of the key features of the car includes a roll cage which appears to be advanced and better. Coming to the safety of the vehicle, it has got more advanced features. Volkswagon India has also posted a video on the twitter where you can witness the official unveiling of the car in Auto Expo. The company also showcased other new models at the motor show, which were very appealing to witness.