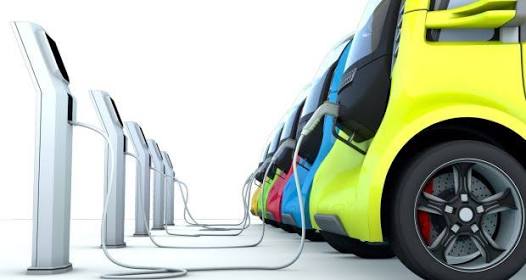 Imagine, you wake up one day and the government suddenly decides to convert all vehicles into Electric Vehicles(EV) and bans all petrol/ diesel vehicles! Sounds too futuristic to be true right? Although the idea may sound illusory right now, it’s implementation surely isn’t very far.  Especially with the fast pace at which the electric vehicles segment is expanding and enhancing and also with the fear of the scarcity of natural fossil fuels like Petrol/ diesel, a shift to the Electric Vehicles is inevitable!

Electric vehicles will surely revolutionize the Automobile Industry but will also bring along its share of consequences.

The Automobile industry, a major part of the economy of the country has always been run on fuel, a non-renewable natural resource that forms one of the largest industries. Public Sector Units (PSUs)  like Indian Oil Corporation Limited( IOCL) and Oil and Natural Gas Corporation (ONGC) are a major asset of the government which is an integral part of the Economy. So now the question arises that what will happen to these PSUs if the entire automobile industry shifts from fuel-run vehicles to electric vehicles?

The oil companies will inevitably face a huge setback if all the vehicles are converted to electric vehicles. Along with the drastic decrease in demand for fuel, it will also be accompanied by disinvestment in these firms, shutting down of many firms, unemployment and the loss of a major source of income for the exchequer.

These changes that will take place are unavoidable, but with proper planning and preparation these losses can be minimized and the companies can be transformed to adapt to the needs of the new vehicles.

However, the point to be noted here is that a few vehicles like military trucks, tanks, fighter jets, destroyers, etc will continue to rely on fuel. So many firms might be shut down, but the entire industry wouldn’t be shut down.

With the government coming up with new schemes and programs like green mobility push in India to promote environment-friendly electric vehicles  It gives us an indication that probably the government already has plans to deal with the consequences of electrification of all vehicles.

Some of the PSUs like ONGC also deal with other products like Indane Gas, Car/Bike lubricants, AutoGas, etc. IOCL is already setting up battery recharge stations and HPCL is strengthening presence in natural gas alternatives for these petrol/Diesel vehicles.

The vehicles no matter how efficient would still require servicing, repairs and recharging so the government can also expand these PSUs in these services.

The shift may not be easy but it is necessary as Electric Vehicles are the future.