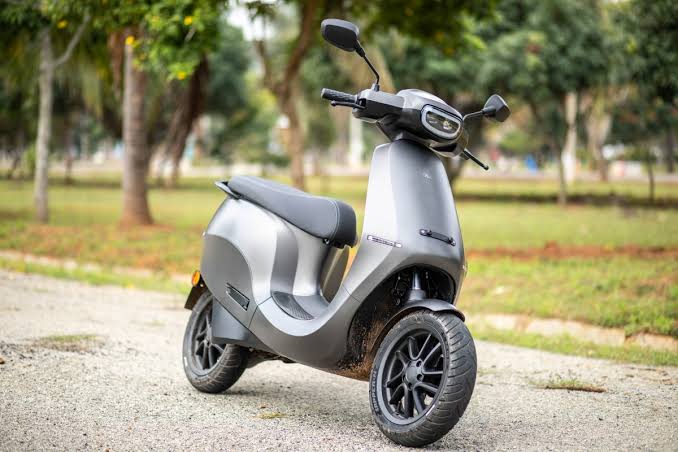 The Ola electric scooters had been on the news for all the wrong reasons. At first it was the continuous & extended delays of the company to make the deliveries to those who had placed orders. Then it was the fact that company went back on its words & went ahead with the plans of only making the costlier S1 Pro. They had given the option for the buyers to either upgrade for the S1 Pro or get a locked S1 Pro. In spite of all these issues, many were still interested in buying the Ola e-bikes as the company had a huge amount of brand salience & goodwill. Finally, in the past 20 days, the company had come under much fire as there were videos of spontaneous combustion of the bike. Amidst all these negative press, the new electric mobility start-up has announced that the company will soon launch the lower priced base model of Ola S1.

The S1 Pro, which was the eye catcher for many was the top focus for the company so far, but the base variant, with a lower price tag than the former, also comes with a punch too. Let’s look at some of the cool features that come with it.

Battery and Range of Ola S1

The S1 electric scooter comes with a range of 121kms, a little less than its pro version, which the company has confirmed to have a range of 131 km. Seeing the fact that the base version comes with a lot less features than the pro variant, this range is worth it. It is powered by a Mid Drive IPM Motor that can produce a torque of 58 Nm with a power of 8.5kW. The top speed of the S1 stands at 90kmph while the S1 pro can reach up to 115kmph. However, it is to be noted that the range of the bike depends heavily on the speed and also on the load. If you are planning to take a pillion rider, then you can expect a range of around 70-80 km only. Similarly, if you are planning to go at the top speed, then the range reduces considerably.

The motors are linked to a 2.98kWh battery pack, and it is similar to Ather 450X on this regard, which has a 2.9kWh battery support. The e-scooter be charged at home in 4 hours, 48 minutes, while the S1 Pro takes a little bit longer, 6.5hrs. Considering the battery size being 3.97kWh, it is reasonable.

When speaking about charging, we cannot ignore the fact that some S1 Pro scooters were reported to catch fire in recent days. Ola has re-called over 1500 S1 Pro scooters for pre-emptive diagnostic works. So, we can expect that the company takes extra care & testing before launching the S1. The company can’t tolerate any more bad press. It will be suicidal in the quickly crowding market, if Ola plans to go ahead with S1 without ample of tests and quality control measures. The company is expected to launch the S1 in November this year. That is a one whole year from the initial plans of the company.

Both the S1 and S1 Pro come with an all-LED illumination, TFT instrument cluster with smartphone linkage, a massive 36 litre under seat storage, Bluetooth, Wi-Fi and GPS connectivity. The most unique features in the S1 include a pass light switch, engine kill switch, stepped seat, low oil indicator, pillion backrest, grab rail, and seat. Other noteworthy features include side-stand-down and anti-theft alert, Take Me Home Lights, Get Home Mode, geo-fencing, reverse mode, and a Limp Home Mode. Ola has also included a sound system to imitate a petrol-powered scooter, similar to the Revolt RV 400.

Geo-fencing will help in locking the vehicle when it moves beyond a circle of radius. As a result, Ola S1 will offer better safety features. However, the base variant will lack some features like the hill-hold function, voice assistant, and cruise control as in its Pro variant. What’s more exciting is that Ola has confirmed that some features will be available as an OTA update to its Move OS.

Suspension and Brakes of Ola S1

The S1 has been built over a tubular frame with a curved battery pack. This provides more than enough stability for the vehicle and it also has a single-sided fork in the front, and a mono-shock with a single-sided swing arm in the rear. A 220mm front and a 180mm rear disc brakes with standard CBS is enabled in the vehicle and it has a ground clearance of 165mm. As for the wheels, a 12inch alloy wheel wrapped with rubber ends make them up. Since brakes are regenerative, you can expect braking to slightly charge the batteries.

For the same reason, your electric vehicles will have a higher mileage in start stop situation of city roads & congested traffics when compared with long non-stop functioning in highways. The internal combustion engine vehicles have the exactly opposite case. So, electric vehicles are the best option for city ride conditions.

Currently, the S1 base version is priced at ₹99,999 and the S1 Pro is at ₹1.29 lakhs. The S1 will compete with the likes of TVS iQube Electric, Bounce Infinity E1, Ather 450X and more. But the attractive design and the market expectances can put S1 on the top spot in the Indian roads.

The company claims that it will be launching the model for public by November 2022. With still 7 more months to go, Ola has ample of time to do its share to ensure the safety and quality of the Ola S1 model.

So, what do you think? Can the new mobility company deliver on its promise this time without any screw-ups or will we have to see any more delays and glitches in the S1 launch? Let’s wait and see.