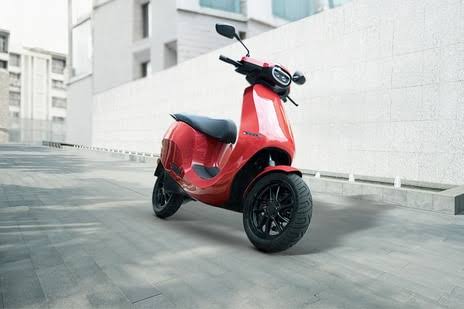 Ola launched the now famous S1 & S1 Pro scooters on the 15th August, 2021. Coinciding with the independence day of India, the company had launched the scooters with much fanfare and gala. The people of the country were taken by surprise and everyone had an exciting news.

Ola had previously built a huge brand awareness and brand salience with the ride hailing app. Ola was started in the year 2011 and in the past 10 years the brand had become a household name in almost all middle class and lower middle class families.

However, Ola had delayed the booking from September 8th to September 16th. Barring the initial disappointments, people thronged in millions and tried to make a booking of the newly launched electric scooters. As per the original announcement, customers can book their Ola S1 by paying a ₹499. Further payment of ₹20,000 had to be paid before the launch if you wish to buy without a two wheeler loan. After this, deliveries were supposed to have started by early October.

In order to honour the delivery commitments, the brand is also building the world’s largest factory that will be entirely run by women. The plant is in the Krishnagiri district of Tamil Nadu. Built on an area of more than 500 acres, the site is called as Ola Future Factory. The factory will become fully operational by early next year.

Initially, Ola had announced that it will start delivering the two wheelers in November and had posted an update about it on Social Media. This had created a massive backlash on the social media and Ola had to apologise for the same. This incident had caused many customers to be aversive of the idea of buying Ola. Twitter was filled with videos and messages confirming about customers regretting their decision to buy Ola S1.

Ola had recently said the reasons behind the continuous delay in delivery date. The Indian ride hailing company had said that the global chip and electronics shortage has caused the company to postpone the delivery of the electric scooter.

Covid pandemic had caused many challenges to the supply chain of electronic processors and microchips as ships had been stranded in the blue sea for months at a stretch. Apart from that, the pandemic and the lockdowns and work from home culture had created a largescale demand for devices that use microchips like mobile phones, laptop and desktop computers. Both these reasons have resulted in a large scale shortage of chips that are essential for automobile industry.

Another reason for the shortage is that the automobile sales around the world had fallen sharply after the pandemic and things started to change when the vaccines have got approval and people started to travel back in the early 2021. This global shortage has already affected other automobile giants like Maruti Suzuki, Hyundai, etc.

When will Ola Deliver the Electric Scooters S1 & S1 Pro?

Ola had announced that the new electric scooter brand will start its delivery by 15th of December, 2021. The company also said that the first leg of the deliveries will end by 31st December. It is to be seen whether the company will honour its delivery commitments in December or will it delay and postpone the delivery again. While these are unavoidable reasons, these are important blunder made by the company. Ola, being the manufacturer of the vehicles, should have foreseen the demand and supply.

The recent developments seem to suggest that Ola had not learnt anything from the previous fiasco. Now, in November Ola had again postponed the delivery date of Ola S1 & S1 Pro to December. Either Ola is underestimating the requirements or stands fault of mismanagement or wilfully withholding information and trying to mislead the public. Regardless of the reason behind the delay, Ola stands at fault. It is high time that Ola learns that even years of good will can be withered away in a few small mistakes like this.

The recent IPO of PayTM and the fall of share price of PayTM should make the company wary of the potential IPO early next year. Previously, Ola had plans to offer IPO and raise money that it could pay to the investors like Tiger Global, Falcon Edge Capital, ABC Capital, Softbank etc.

If Ola is seriously considering the IPO, then it should spend some quality time thinking and planning about the launches and deliveries. Even a small outrage on the social media can sway the share prices considerably and it is not good for a multinational company like Ola.

Ola had assured that the people from more than 1000 cities across the country can soon test ride the S1 and S1 Pro. This comes as a welcome good news amidst the continuous gloomy news of delay in delivery for the customer who have already booked the scooters. Will Ola deliver its promise this time or will it still languish and face sever backlash? The proof is in the pudding and Ola shouldn’t make another costly mistake in its journey.

What do you think? Is Ola handling the situation well?