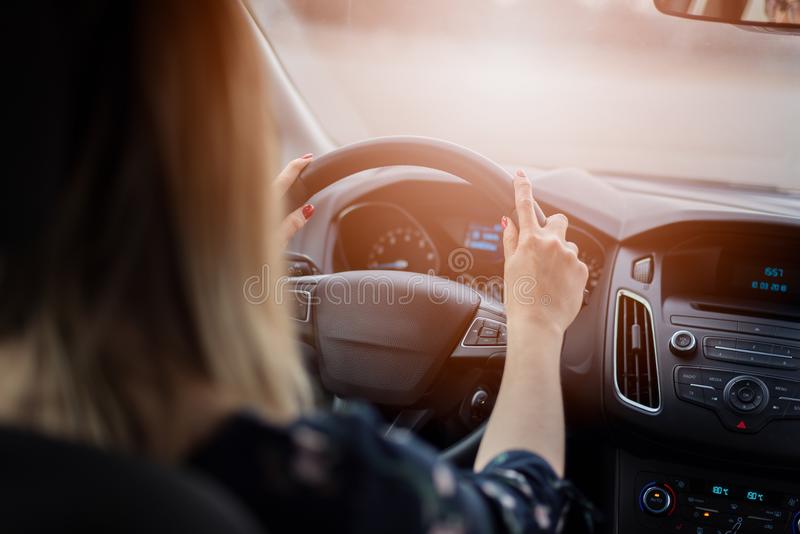 A vehicle parked at a spot where it shouldn’t be and men around jumping to a conclusion, “Oh, it must be a female who is driving this”.

Every time I hear this phrase, it leaves me pretty weirded out.

A parking position of a vehicle is all people need to guess the gender of the driver? Could anything be more irksome than this?

Internet presently seems to be sopping wet with all those “women’s poor driving skills” memes doing the rounds on social media. So much so that the females have started to doubt themselves in the driving arena.

Whether it is stand up comedies, sitcoms or movies, the veiled sexism (in the form of memes etc) somehow creeps in every time. Though often represented in a humorous light, it’s an outright attack on women’s ability as a driver.

Anyhow, time to burst the bubble!

Men may or may not be good drivers than women, but they seem to die more often trying to prove that they are. ― Tom Vanderbilt – Traffic: Why We actually drive the Way We generally Do and What It Says About Us

Take a look at the statistics in different countries and you will be shocked to see how men beat women hands down where driving offences are concerned. A study of the recorded motor offences data in the UK showed that, in 2018, 79% of over 500,000 recorded offences were committed by men. In Los Angeles, men caused 23641 accidents in the first nine months of 2019 as compared to 15527 caused by women. In India share of male drivers in accident deaths was 86% in 2018. In other countries around the world, the scene is not much different. According to a recent study conducted by Oxford, men beat women 3:1 for speeding offences. Ask the insurance companies and they will tell you the same thing. No wonder, female drivers get away with lower insurance premiums compared to skilled males.

The fast and unusually furious

Men for some reason tend to become “the irritated version of themselves” when they are behind the wheel. Something as little as someone cutting them off can spark an aggressive reaction in them. Fist raising, middle fingers, tailgating are way too common gestures we all get to see on the road which sometimes concludes with violent confrontations and deadly fights.

This overpowering urge to intimidate other drivers pretty much invades them as soon as they find themselves in the confines of their vehicle and they start behaving like they own the road.

Women, on the other hand, are calmer behind the wheel and rarely display any such aggressive tendencies.

Blame it on the hormones

Whether you want to admit it or not, there are undoubtedly some genetic and hormonal elements at play when it comes to driving patterns in men. Supplement it with those few typical masculine traits and the result definitely has something to do with their aggressive conduct on road.

Testosterone is said to boost visual processing skills and spatial awareness which explains why men are better at parking their vehicles. Yes, men win on this point, hands down. But please don’t forget that it also makes them more likely to take greater risks or feel overconfident.

Testosterone is the male hormone often linked to high octane activities and clearly has its emotional effects. Statistics show that young men are more likely to die in car accidents when their testosterone levels are at the highest.

Estrogen, on the other hand, boosts concentration levels and improves attention spans. As rightly pointed out by someone, “Men never remember, but women never forget.” Estrogen helps them to remember routes and women are far less likely to get distracted while they are behind the wheel.

Men jump red lights and flout traffic rules whenever they feel they can get away with it. Women, in general, avoid getting into trouble with the traffic police. They inherently tend to be more cautious and law-abiding. Talk about seat belts or speeding, women are always seen to conform to the rules and avoid any risk-taking behavior.

If you look at the number of drunk and drive accidents that happen around the year, you will see that the majority of the cases are men. In 2019 alone, over 3000 people lost their lives due to drunk driving in India and almost all were males. Women are far less likely to drink and drive. It probably has something to do with the way women’s brains are wired. They feel a sense of responsibility towards their family which prevents them from taking undue risks and put their lives in jeopardy.

Will the debate ever end?

Better drivers- men vs. women is a long-standing debate, the clear consensus on which is pretty much impossible.

All I want to say is-

Yes true few women may not be that good at driving but is not that the case with few men as well?

The driving prowess has nothing to do with gender.

If you still attach this to gender, it’s nothing but straight-up sexism.

If you ask the insurance companies for their vote, they will put their money on female drivers. After all, they come back for fewer claims and are rewarded with cheaper premiums. Thereby, can we put this myth of men being better drivers safely to rest?

It’s not about which gender is bad behind the wheel. It’s about bad stereotypes that still prevail and badly need to be rooted out.