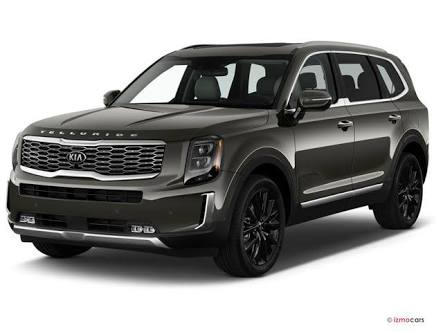 In the year 2019-2020, we got witness tons of cars and concepts by various automakers. We are yet to experience a lot of cars later in 2020. There is no denying that KIA has extensively impacted the auto industry in recent times. With that being said, KIA Telluride has become the seven-seater SUV to win the world car year 2020 award. There is no denying that the performance and appearance of the year are undoubtedly incredible. It has won the hearts of plenty of people, and it was quite expected to grab the award. The SUV was voted the winner of the prize from the initial list of more than 50 contenders by jurors from 24 countries all around the world.

It is the first time ever that any South Korean company or KIA has won the award since 2005. KIA Telluride is currently selling in South Korea among other countries. Back in February, at the Auto Expo, we got to know about the top 10 finalists of the world car year award. KIA Telluride was selected from an initial entry list of a total of 29 vehicles from all around the world. It has conquered Mazda CX-30 and Mazda 3 to accomplish the coveted 2020 WCOTY award.

Commenting on this victory of the KIA Telluride, the executive vice president & head of the division of the product of KIA. Mr. Thomas Schemera has said that it was the hardest-fought rivalry in the industry of the global automotive industry. The company is planning to bring a lot of concepts in the industry of the automobile market in the coming years. KIA has showcases more than 12 cars in the 2020 Auto Expo, and the majority of them are yet to be launched. Till then, let’s wait and see what more KIA has in store for us.