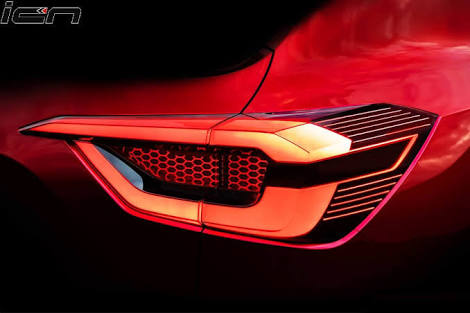 Back in January 2020, Nissan officially declared the launch news of the sub-4 meter compact SUV for the market of India. The details or specifications of the car are yet to be released. The name of the vehicle is still not confirmed, but recent media reports suggest that it will be named as ‘Nissan Magnite’. The company has also filed an application for the trademark for the new car that could be utilized for the new sub-4 meter SUV. The company is very much likely to reveal the precise details of the vehicle soon.

Nissan has confirmed that the new sub-4 meter compact SUV will come down of the showrooms within the next 4 months. The company has recently unveiled some official images of the compact SUV in which we got to see SUV silhouette seem very similar to Nissan kicks. The design of the profile carries a floating roof along with sliver rails. The contrast color option with a honeycomb pattern and LED tail-lamps looks exceedingly stunning and eye-catching. The car has made a considerable hype among the customers and its fan base. We can also expect the vehicle to receive a triangular quarter glass at its back, just like Nissan kicks.

Talking about the interior of the new sub-4 meter compact SUV, the details are still yet to be revealed. Although, the company has confirmed that it will offer connected car technology. The new vehicle by Nissan is likely to get the 1.0 L, 3-cylinder turbocharged engine, which is codenames – HR10. It is going to come up with the same powertrain as in the Renault HBC. Once it launches, it will definitely lock horns against, Maruti Suzuki Vitara Brezza, Hyundai Venue, Tata Nexon, Ford EcoSport and Mahindra XUV 300. The upcoming car by Kia, which is named ‘Sonet’, is also expected to make rivalry against Nissan Magnite once it launches.