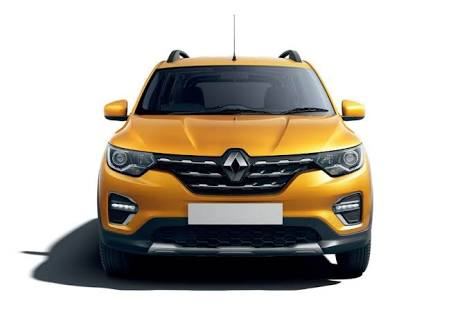 Recently the Renault HBC compact SUV was captured while it was out on the roads for testing. There are a few images and videos being uploaded on social media.

The vehicle will come up with a new engine 1.0-liter, the three-cylinder turbocharged engine of petrol, which can produce a maximum 95bhp of power. The same engine will also be offered in the new Triber MPV. It currently has a naturally aspirated petrol engine of 1.0L

The car will come with the 16 inches wheels and better ground clearance. Talking about the styling, the car was covered with the crossovers , but we can see some parts of the car are shared by the another model, which is Triber, but still, it is not yet confirmed. There is not much change in the interior of the car, dashboard, steering, and seats everything looks quite common.

It is also expected that the high end variants could get the 1.3L turbo-charged engine too. As expected Renault HBC compact SUV will be available in 2 modes manual and automatic. As reported earlier, the company is going to launch the driver version of the SUV.

Coming to the price of the vehicle, Renault HBC Compact SUV might be the most affordable SUV in its category. The direct of the SUV will be the Tata Nexon, which is rated as one of the safest cars by NCAP, Ford eco sport, Vitara brezza, Hyundai Venue, and Maruti XUV 300.