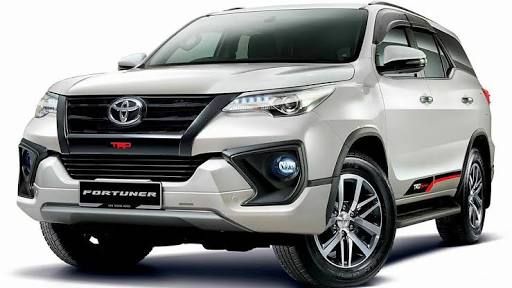 The official unveiling date of the all-new Toyota Fortuner facelift is just a week away. The debut of this amazing vehicle would be facilitated on June 4, 2020, in Thailand. However, this model has already been leaked by the notable Spy shots. According to the reports, it is going to be inclusive of some amazing features. These include its sharper headlamps, wider radiator grille, edgy bumper right at the front and lower air intake. Apart from that, it is also accompanied by the 20-inch 5-twin-spoke alloy wheels.

Well, the list of its newly added commendable features doesn’t end here. The other distinct features comprise of its L-shaped reflectors, tweaked tail lamps. On mentioning the Toyota Fortuner facelift’s interiors, there would be an existence of a revised instrument cluster, brand-new décor elements, and a superior infotainment system. This system would be updated according to the present trends in the marketplace.

The overall design of the new model would be similar to the older one. Also, as notified, the engines of this model would be the same as the old model. For example, if the current model is accompanied with the 2TR-FE 2.7L petrol engine, then the new model is also going to be more powerful. The outgoing model would have the ability to produce a notable power of 177PS and the maximum torque of 420 Nm (with 6-speed MT)/450 Nm (with 6-speed AT). You can expect the arrival of the 2021 Toyota Fortuner by the end of the notable calendar year.