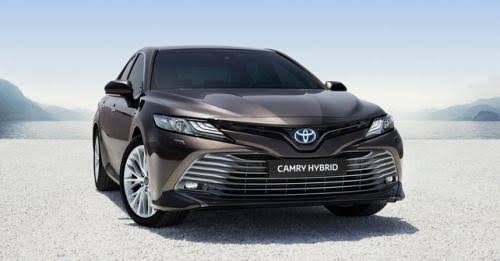 Toyota has launched a few cars in the year 2019, and 2020 too is not going to be different. Here’s the elaborate detail of a few Toyota cars which you definitely need to go through:

This car is going to be launched by the end of 2020. There will be upgradations in the interior as well as cosmetic design changes. The front design will have a grille with glossy black inserts and multiple slats. There are triangular faux air intakes, gloss black-finished skid plate, and revised headlamps. The back of the Fortuner Facelift will have a bumper and tail-lamp inserts.

This is a new sub-4 compact SUV and is known by the name of Urban Cruiser. It will be similar to Maruti Vitara Brezza. Toyota has entered into a fruitful partnership with Maruti Suzuki. The SUV will be having new bumpers, paint schemes, badging, and grille. According to speculations, alterations will be done to the interiors too.

The updated version of Innova Crysta is going to be launched in the first half of 2021. There will be modifications in the interiors as well as exteriors following the Fortuner SUV.

There will be minor changes in design in the Toyota Ciaz. The Toyota badge, too, will be modified. There will be a boost to the oil burner based on SHVS mild-hybrid technology.

According to speculations, this new Toyota MPV is going to be launched in the Auto expo 2022. The seven-seater monocoque platform will make the car lighter and frugal.

There will be no modifications in the engine, design, and features. The car may get new grille and headlamps, chrome treatment, and new alloys.

This new generation Camry hybrid will come with ten airbags, electronic vehicle stability control, ABS, traction control, and many other safety features. Major changes will be introduced to give it a premium look. It can be launched in the year 2021.