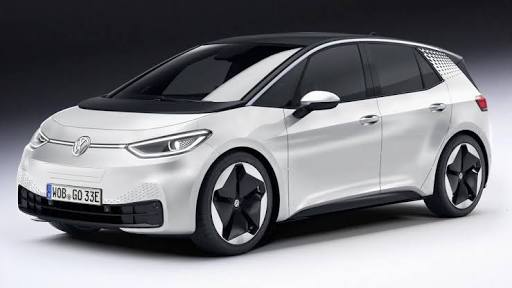 Beginning of the Volkswagen E-mobility Campaign:

ID.3 marks as the beginning of the E-mobility campaign for Volkswagen. This is the move taken by Volkswagen in the hope of redemption.

The makers of the car hope to see a brighter side of the campaign soon. Beleaguered German carmaker Volkswagen has come up with the first-ever full-electric vehicle in the coming ID series at the opening of the Frankfurt International Motor Show.

ID.3 is considered to be a planned electric vehicle which the makers of the car are hopeful that it will gain tremendous forgiveness from the public for the 2015 Diesel-gate scandal which tarnished the reputation of the brand drastically resulting in stock plummet.

Herbert Diess, the CEO of Volkswagen went on to seize the opportunity at the German motor show to make a full impact of the ID3 which has been currently seen only in the red and blue camouflage wraps.

The makers of the car have used 100% renewable energy to produce the car which is made at the Zwickau factory.

ID.3 is considered as the worlds first overall CO2-neutral electric car which has marked as the begging an era for electric cars.

To give proper assistance to the drivers to encourage them to continue the use of zero-emissions energy to power their own ID.3s, Volkswagen will offer 100% sustainable options through one of its subsidiary Elli (Electric Life).

The car will be seen with huge air vents on the nose whereas the grille area will retain its honeycomb pattern and the panoramic glass roof which was earlier completely hidden by the camouflaged wrap.

The back of the car will give a traditional hatch look and the profile, side windows and hubcaps will give a slightly modern look.

Volkswagen’s dream project ‘ID.3’ is considered to be all-rounder which will be very apt for daily use.

The car is compact which offers the offering the manoeuvrability of a small car and the interior space taking the look of a mid-range vehicle.

The makers of the cars have designed the car with very innovative technology and a significant range.

A 10 digit central display is seen complimenting the steering wheel which helps in giving access to all the key features and intricate information about the vehicle.

Overall, the car is one of its kind and has a lot to offer to the public.