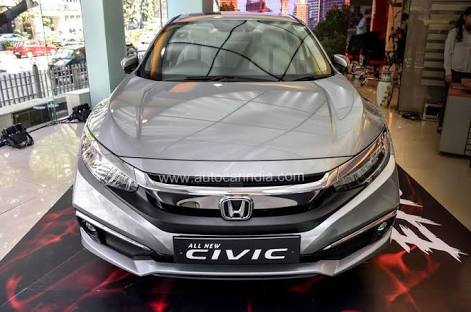 In March 2019, Honda launched its 10th generation civic petrol variant with 1.8L of the i-VTEC engine. These trims were already BS 6 compliant. Now, seeing the demand Honda is going for a diesel model in 2020. The customers are eagerly waiting for this new model of a sedan in the diesel category, but they now have the option of owning the Civic model in diesel variant at Rs. 20.75LLLakhs.

This new Honda Civic diesel is going to be launched in two variants ZX and VX. It is highly powered by 1.6L i- DTEC diesel engine. They have used their earth technology which will give us fuel efficiency and optimal performance. The oil burner it has can give the output of 00Nm of torque at 4000rpm and 120PS.In the diesel variant of Sedan can have 6-speed manual transmissions.

Honda says 23.9km/h of mileage can be achieved through this new model. Honda always tried to bring some new technologies which keep environmental health in mind before manufacturing its new models. Especially for the Indian market, they are cautious about environment-friendly variants. Now with the new line up of Sedan, it can have both petrol and diesel variants.

The diesel civic will be having a manual transmission, it will be a sheer pleasure to drive this car. These two models of Honda civic such as ZX and VX have 6 airbags. VX model will have additional curtain bags. When it comes to aesthetics and features BS-6 Honda civic diesel model will be same as its petrol variant.

Some of the features are added such as Apple Car Play, LED headlamps, Dual-zone automatic climate control, tail lamps are c-shaped, digital TFT meter of 17.7cm and a touch screen for the infotainment system. Overall this diesel model will bring a new added experience.