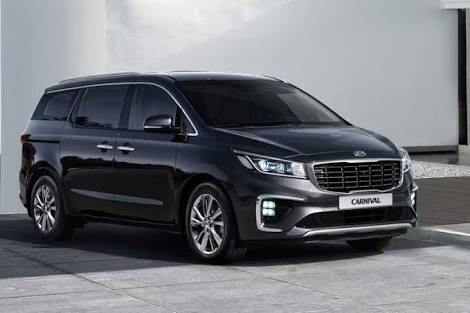 We got to witness the Kia Carnival in the auto Expo 2020 which was conducted a few months ago at Delhi. The all-new generation of the MPV is going to debut in the market of Korea. The company will launch the car in the second half of this year, and further in the international markets. The car was spied multiple times while it was out for the test in the foreign markets. It is immensely expected that the new version will be better than the current offering by Kia. The new model of the MPV is based on the platform of next-gen N3. The same platform also underpins the new SUV by Kia named Sorento.

The recent media reports have claimed that the MPV will also be receiving the 4-seater version. It will be usually preferred by corporate executives and CEOs. The 4-seater version of the KIA Carnival car is going to have comfortable seats for the workspace, and it will also join the versions of 7-seat, 8-seat, 9-seat, and 11-seats. Talking about the overall appearance and the changes made in the car, it is going to have revised exterior along with the interior styling. As seen in the images, the new model of the MPV will carry an aggressive look. It has received new front grille, LED daytime running lights, LED fog lamps, and LED headlamps.

Now, coming to the interior of KIA Carnival, the cabin has received an enormous change, there is a newly designed dashboard, additional features to the equipped with the seats, and so much more. The interior of the MPV seems quite similar to the Kia Sorento. You will also be able to witness panoramic sunroof, new door handles, and wireless charging, and plenty of other features. Most probably, the MPV will make its debut this year in August-September.