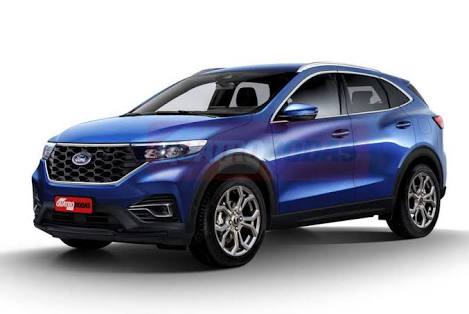 Ford is making its way to finally launch the 2021 Ford EcoSport soon in the automobile industry. The American carmakers are planning to give a massive change to the Ford EcoSport subcompact SUV. It is the third generation model of the SUV, which will take place its first launch in the market of Brazil. The car is all set to be introduced in Brazil in the year of 2021. The vehicle is going to be offered with the new Mahindra’s 1.2 liters 3 cylinder mStallion engine of petrol.

Ford EcoSport has been one of the most desirable and lovable cars in the Indian auto market. It has won the hearts of many people with its performance and prices. The new family petrol motor by Mahindra made its debut recently on the Mahindra XUV 300 sportz. The XUV300 was showcased recently in the auto expo 2020 in Delhi and grabbed the attention of many people. It is BSVI compliant along with the 1.2L, three cylinder engine of GDI, and benefitted with the direct injection technology and turbocharge.

The mStallion engine will be the replacement of the old 1.0 liter eco-boost gasoline unit in 2021 Ford EcoSport. The line-up of the mStallion was developed in-house by the home-grown carmaker and at its Mahindra research valley R and D facility, which also incorporates tech like an over boost function and direct injection. The company had claimed that the engine would be capable enough to deliver better fuel efficiency with the significant improvements in NVV apart from the excellent low-end torque.

Aside from the mStallion, 2021 Ford Ecosport will be featuring some new features as well. Talking about the interior, recent reports suggest that the vehicle is going to get major changes in terms of styling and features. Till then, let’s wait for the new version to arrive and see what it’s going to bring with it.