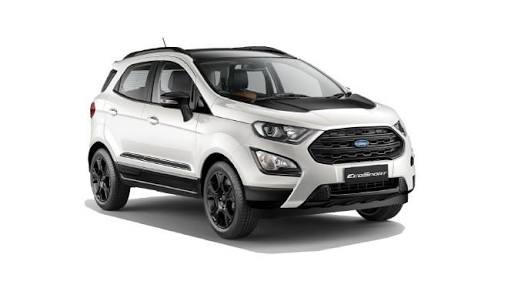 The American automaker, Ford is all set to start working for its hand on next-generation EcoSport which comes under the category of compact SUV.

As per the sources, the new model is designed developed in Brazil. There are specialisations that the new Ford EcoSport will be bigger in size than that of the outgoing model.

The automaker has worked on the two name codes which are BX563 and BX755. However, the new EcoSport model will be called the BX755 internally.

Ford’s all-new generation EcoSport is developed on very unique lines. The new model will be very different from the outgoing model. It will come up with some extra features such as:

1. The compact SUV will be expected to ride on a long wheelbase, which will allow the makers to give more space inside the cabin.

2. The model will have hidden spare wheels which will give the car a boost.

3. The interiors of the car will be exotic and will give the car a luxury look. The car will come up with a fully-digital instrument console system which will be very similar to that of European-spec Ford Puma.

4. The makers have decided to remove the tailgate-mounted spare wheel which will give room to work on the luxurious exterior styling.

5. The car comes up with a sporty muscular look.

Although Ford has not yet disclosed the price of Fords’ new generation EcoSport, the price is estimated to be costing between Rs 8 Lakhs to 10 Lakhs. (introductory, ex-showroom India).

Although Ford has not disclosed the launch date, as per estimation Ford’s new generation EcoSport is all set to launch in the first half of 2021.

The model will come up with both petrol and Diesel engines. The 2.0-litre petrol engine churns out to be a total of 170 bhp of max power of 176 bhp. Both the engines will come up with six-speed automatic torque converter.

However, the EcoSport Storm edition will be launched only for the Brazilian market, we all hope that it comes to India super soon.