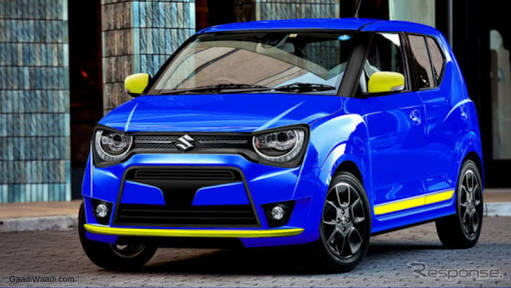 It was reported earlier that Maruti Suzuki is gearing up to roll out two all-new entry-level hatchbacks that re going to be priced under Rs. 5 lakh. As per the latest media reports, the model will be replacing the old aging Alto and Celerio. We can expect the launch of next-generation hatchback to take place in 2021. The new hatchback is very much likely to feature a crossover-ish style along with the SUV like design highlights. Next-Gen Maruti Alto 800 is going to come up with tons of features.

In terms of safety, the hatchback is going to meet the new security and crash test norms. It will come equipped with airbags in the front, seat belt reminder, rear parking sensors, speed alert, and ISOFIX child seat anchors. Talking about how new model of Alto is going to appear like, as seen in images, it’s entirely changed. The overall appearance of the hatchback seems pretty impressive. It has received some modern design with different color schemes along with the highlighted stripes. The top-spec variant of the Next-Gen Maruti Alto 800 will feature the touchscreen infotainment system with Apple car play and android auto connectivity feature.

Once it launches, it will lock horns against Renault KWID Facelift. The new model of the Next-Gen Maruti Alto 800 will be based on the platform of Heartect, which is also going to underpin the new S-press and the WagonR hatchback. Powering the engine, it will offer 797cc, three cylindered naturally aspirated engines of petrol. The engine is capable enough to produce 48 BHP of power and the peak torque of 69 NM. The company will also continue to offer a CNG variant of the car. The transmission duties will be done by 5 speed automatic and 5-speed manual gearbox.