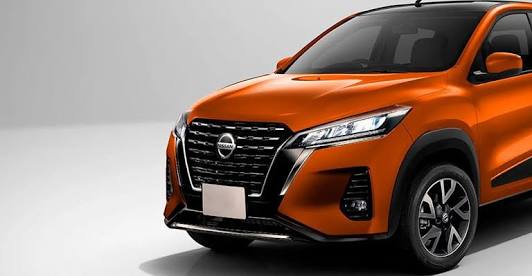 Nissan has come up with the idea of launching the smallest and most affordable variant of SUV for the Indian market. The teaser photo of the new budget SUV is revealed, it has been called a B-SUV concept.

It is expected that they will name the model as Nissan Magnite. They are going to launch the model in their global headquarter July 16. It is codenamed as EM2, the subcompact model, is set to launch in the last fiscal year of 2020-21. From the teaser photo, we can see that only the front end of the car is seen properly. The headlights seem to resemble with the latest facelifting kicks. They also added L-shaped DLR and octagonal grille. It was a planned move because this model was to have a Datsun badge on it.

We can also see the LED headlights, but the production model will get it or not is the question. They are yet to reveal about the specifications but their new SUV looks rich with technology and stylish. They used Nissan Intelligent Mobility with the latest technology possible.

Nissan has a heritage of dashing SUVs which are having advanced technologies as a part of their plan. This new model which is most affordable amongst their competition has been designed keeping tomorrow’s journey in mind. You will see the dynamic and strong presence of this model on the road. Being the smallest SUV model worldwide it has a length of 4 meters that is 157 inches. It is to be kept in mind that only the Indian market will be able to sell it. Rumours say that it will be launched in January of next year. It will have two power trains containing with the base model of 72HP and three cylinders of a 1L petrol engine. You can also have five-speed gearbox and the second variant will have 95Hp.