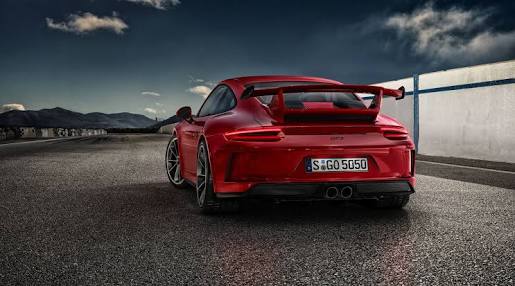 Porsche has started to move on to some serious stuff. It is planning to extend the all-new 992-gen 911 lineup. Porsche was recently spied at the Nurburgring with the new generation 911 GT3. Talking about the appearance of Porsche 911 GT3, it definitely looks astounding. As seen in the picture, the company has failed to hide the new bonnet received by the car. As seen in the images, the car has got new bonnet along with the aero ducts. Aside from the appearance, it is going to retain the same naturally aspirated engine. It has a 4.0 L, six motors, which is very much likely to be capable enough for producing the power of 600bhp.

We can expect the car to introduce some new technologies. It will come equipped with the hardware, which is being offered in the outgoing model. The car is going to be offered with the Porsche’s PDK automatic gearbox. But, still, we can also expect it to come up with a manual as an option. Talking about the front bumper of the Porsche 911 GT3, in comparison with the standard 911, it has a wider air intake, which is running across the fascia.

Taking a look at the bar of the car, flatted wheels of the Porsche 911 GT3 are instantly noticeable. The launch details of the car are yet to be revealed by the company. However, we can expect it to be rolled out for the market by the end of this year or in the beginning of 2021. As per the latest media reports, the launch of Porsche 911 GT3 was going to take place earlier. But, due to the pandemic corona outbreak, it has to be delayed. The price of the car in India will be around Rs. 2.11 crore (Ex-showroom Delhi).