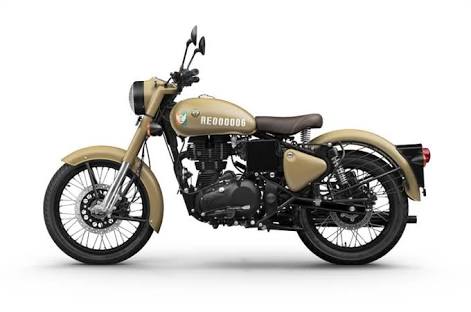 2020 will be an exciting year for all the bike lovers as the Royal Enfield is all set to get its entire range updated, to comply with the BS6 norms along with various mechanical and cosmetic changes. While the company will upgrade its existing 350cc motorcycles, it will discontinue the 500cc motorcycles like the classic, bullet, and thunderbird, replacing them with new bikes.

The next-generation Royal Enfield classic which has already been spotted testing has a bigger and better engine with a semi-digital console featuring the dual tripmeters, odometer, fuel gauge and clock. It will also undergo several aesthetic changes like the retro-looking switchgear.

The spy pictures reveal the bike sporting an all-digital instrument console replacing the previous model’s twin-pod analog console. The engine would be the same as that of the new classic 350.

The Royal Enfield Bullet 350 would receive an upgrade in the features and design similar to the new 2020 classic and thunderbird.

Now this one is something to watch out for! The recent spy pictures and reports suggest some major upgrades, like the BS6 complied, 411c single-cylindered engine, switchable ABS(Anti-lock Braking System) and the Hazard lights.

Royal Enfield’s flagship twins, Royal Enfield Interceptor 650 and Continental GT 650 will also be upgraded to comply with the BS6 compliant-version of the 648cc engine.