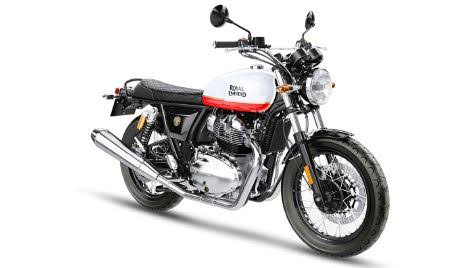 BS6 compliant version of the Royal Enfield interceptor 650 and Royal Enfield Continental GT 650 has finally been launched. Apart from the BS6, the bikes have not received any significant updates. Talking about the price of the motorcycles, it has been increased. Both of the bikes has received a price hike of 8,500 and 9,600.

In order to achieve the stricter BS6 emission compliance, Royal Enfield has placed an integrated catalytic converter in both the exhaust system of the bikes. Both of the motorcycles will source the same power of 649cc, air and cooled parallel-twin engine. It comes with 47 PS of power at 7,250 rm and the peak torque of 52 nm at 5,250 rpm. The performance of the engine is undoubtedly good and it has never failed to stand on the expectation of its customers. Both Royal Enfield interceptor 650 and Royal Enfield Continental GT 650 has now become the best bikes by Royal Enfield because of their incredible performance and driving experience. With that being, It is tough to find a bike that has better performance with comfortable seating. These bikes entirely fulfill those needs; it is super comfortable and proffers the best drive experience.