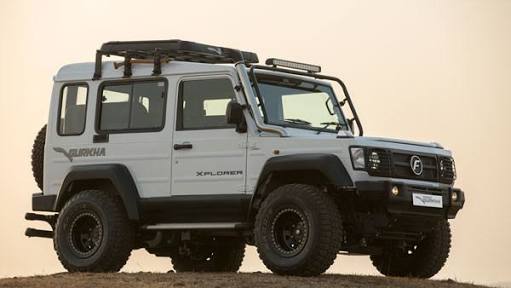 We got to witness all-new Force Gurkha at the Auto Expo 2020, which was looking so appealing and distinctive from all of the vehicles out there. Gurkha caught the eyes of numerous people at the motor show with its aggressive and massive appearance. It is enormous in size and best for the people who love to go off-road. The company is all set to launch new Gurkha somewhere in June 2020. It has been redesigned, and the performance of the vehicles has been improved. However, it may look the same as compared to the previous version, but it has been reworked entirely.

Talking about the interior of the 2020 Force Gurkha, it has received plenty of features. It is going to offer a touchscreen infotainment system, power window, and so much more. Moreover that. It has received a lot of mechanical changes. It is going to offer an all-new ladder frame chassis. You will also be able to witness the springs of coil all around the vehicle. Their practices were implemented to change the image of Gurkha from being a utilitarian off-roader into a viable second car.

Talking about the engine of the 2020 Force Gurkha, apparently, it will be BS6 compliant. It comes with the 2.6 L engine of diesel that is accompanied by the four-wheel-drive feature. It will also receive the lockable differentials along with the four-wheel drive. It will lock horns against Mahindra Thar, which is also be going to be launched in the mid of 2020. It will be great to see the rivalry between these two vehicles. Both of the vehicles have been in the talk of the town ever since the news was spread out. Till then, let’s wait for the launch to take place and see what more it has to offer for its customers.