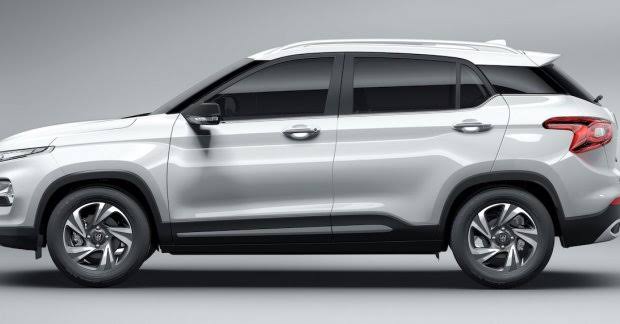 The GIIAS (Gaikindo Indonesia International Auto Show) is considered as the largest auto expo in Indonesia which had started in the year 1986.

MG Hector 7-seater which was showcased in the GIIAS 2019 Auto expo in Indonesia, is all set to launch in India in 2020.

The 7seater is expected to give a tough competition to Mahindra XUV500 as well as the upcoming Tata Harrier’s 7-seater.

The previous 5-seater and the going to be launched 7-seater have very similar features and external dimensions.

One of the standout features of MG Hector is its very large 10.4-inch touchscreen infotainment which offers its users internet connectivity, smart application of iSmart.

The other main features include an automatic sunroof, MID of a 7-inch colour, A camera which gives a 360-degree vision inside and outside the car, Automatic parking brakes, up to 6 security airbags.

The new MG Hector is estimated to be costing between Rs 12.18 lakh and Rs 16.88 lakh (introductory, ex-showroom India).

The MG Hector 7-seater will be launched in 2020, which is next year.

The MG Hector 7-seater will be available in India in two alternatives of engine: Diesel and Petrol.

The company offers one diesel and two petrol variants. The petrol engine is offered at 1.5 litres turbocharged unit which is capable enough of producing an approximate of 143PS of maximum power and 250Nm of torque.

On the other hand, the diesel engine is offered at 2 litres unit which is capable enough of producing an approximate of 170PS and 350Nm.

The upcoming MG Hector 7-seater provides a standard set of safety features which include the various features:
A. Front Dual Airbags to provide safety in case of accidents
B. Brakes with rare disc
C. Control of Transaction
D. ESP
E. ABS which is combined with EBD
F. ISOFIX which include the anchors for child seaters
G. The hill hold assists

Both the engine of the upcoming seater which is petrol and diesel are coupled to a total of 6-speed manual transmission which is the standard one.

The fuel mileage and economy figures of the hector are as follows: