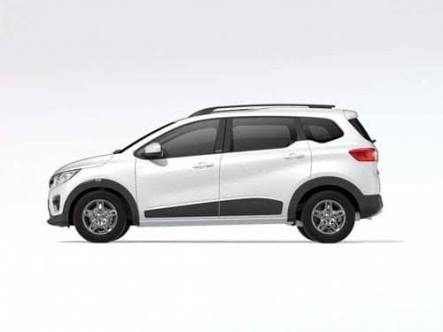 Renault India is all set to launch its one of its most awaited sub 4 meter MVP masterpiece names ‘Triber’.

The Tribe which gets MPV genes and a three-row sitting, it is all set to give a tough competition to cars like Maruti Suzuki Swift, Hyundai Grand i10 and Ford Freestyle.

The new model of the Renault has come up with a classic style to offer to the customers. The car can easily seat up to a maximum of 7 people. The car offers several fascinating features such as:

A. An 8-inch touch screen system of infotainment

B. A keyless feature to enter and go freely

C. A cluster which is an all-digital instrument

D. For all the rows of the seats, the car provides an A/C vent.

F. A total of 4 Airbags at both front and end sides.

The new Renault Triber is estimated to be costing between Rs 5 lakh and Rs 7.5 lakh (introductory, ex-showroom India).

Although Renaults has not disclosed the launch date, as per estimation the Renault Triber is all set to launch in the second half of 2019.

Compared to the other cars in this range, the upcoming Renault’s Triber gives a very mature look. The new model gives a long and flat bonnet, teardrop headlamps etc.

The new car comes with the latest grill design. The side profile of the car gives a very clear and unique picture with bigger and stronger doors.

The wheelbase gives the car a very macho look. The antenna is also placed in a better position, which is placed at a rear-view.

The Renault’s upcoming Triber provides an excellent boot space of a total of 625-litres. The boot space is powered by a new 3-cylinder, 1.0-litre petrol motor which makes up to a total of 72PS and 96Nm, the car will be seen offered with a 5-speed manual and a 5-speed ‘Easy-R’ AMT gearbox.