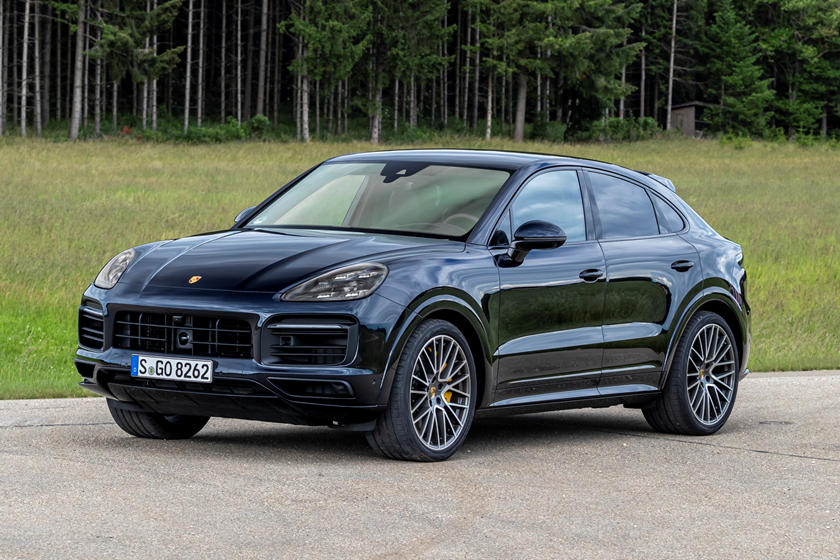 The Porsche Cayenne Coupe will get a more powerful top-end variant that will compete directly with the most powerful super-SUVs on the market, such as the Lamborghini Urus and Bentley Bentayga Speed. Porsche has posted photographs of the new SUV under testing, which will be shown as part of the revamped Cayenne lineup at the end of June.

“Choosing the Coupé has its perks. It is lighter than the SUV and has a lower center of gravity.

New derivative to be most powerful petrol-only Cayenne Coupe

The massively improved variant is the most powerful pure-combustion Cayenne yet, with a tuned version of Porsche’s twin-turbocharged 4.0-litre V8 petrol engine producing up to 640hp – up 90hp over the Cayenne Turbo Coupe. This is 40 horsepower more than the Audi RS Q8’s twin-turbocharged 4.0-litre V8 produces, and just 10 horsepower less than the Lamborghini Urus, one of the most powerful and fastest SUVs on the market today. The torque has risen by 79Nm to 849Nm.

Porsche has changed the software for the 8-speed torque-converter gearbox and four-wheel-drive system, which receives a more rear-biased apportioning of power, in accordance with the increased performance. The electronic differential has also been tweaked to improve torque vectoring and lock-up.

“The concept behind the new model is to combine increased performance potential with the Cayenne GTS’s heightened engagement and overall dynamic ability,” said Löscher.

Although no performance claims have been published at this time, the updated Cayenne Turbo Coupé is believed to have achieved a 0-100kph time that was faster than the Audi RS Q8’s official time of 3.8 seconds and the Lamborghini Urus’ official time of 3.6 seconds during recent testing. The top speed is limited to 299 kilometers per hour.

The new range-topper will get bespoke aesthetic upgrades, including a sophisticated, carbon-fiber-heavy active aerodynamic kit that promises higher downforce as well as better engine bay and brake cooling.

There’s also a new front bumper with a wider air duct and a more noticeable lip spoiler than the conventional facelifted Cayenne, which was previously spotted in prototype form. Meanwhile, the roof spoiler has been widened on both sides, and the rear wing, which deploys from the tailgate’s trailing edge at high speeds, has been clearly enlarged. A pair of large, centrally positioned exhaust outlets are housed in a redesigned rear diffuser.