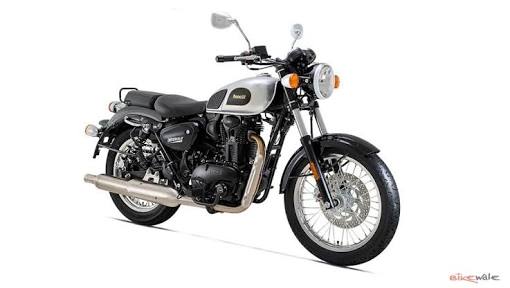 Benelli, the Italian sports bike manufacturer has rolled out recently its very first retro-styled bike in the country which is: the Benelli Imperiale 400.

The Managing Director of Benelli India, Mr Vikas Jhasbakh recently spoke about how the company is working in several iterations to the Benelli Imperiale 400 which features the different kinds and sizes of engines.

The upcoming mode, Benelli Imperiale 400 the variants will be seen putting up against the Royal Enfield motorcycles.

The research and development department of the company is currently putting its head on a few bunches of products which are thought to be bought in India. The launch of the product will depend on customer feedback.

The model, Benelli Imperiale 400 is designed and customised specially for the Indian market and will be imported to India via the completely knocked down unit.

There are speculations, that shortly the company will be seen exporting cruisers in the other markets with several specialisations.

The cruiser which comes in a retro-styled is retailed through marketing tie-ups with Adishwar Auto Ride India, which is based in Hyderabad and is known to be a subsidiary of Mahavir group.

The mode, Benelli Imperiale is at present available at a total of 26 dealers across the wide nation.

The major cities of the country such as Mumbai, Bengaluru, Chennai, Hyderabad, Pune will be seen getting a second and third dealership.

Whereas cities such as Kolhapur, Vijayawada, Vizag will come under the restricted list. The current numbers state, that 60% of the dealership of Benelli comes from the southern states.

However, in the coming future, the company plans to expand its presence in all the other 3 regions which are North, West and east.

The big plans of Benelli India

Benelli India has huge plans. After talking to a few company officials, it was very clear that the company has huge plans to expand.

The company wants to expand the network of sales with a total of 80-100 outlets by the year-end of 2020.

The Benelli’s Hyderabad based plant has a total capacity of producing a total of 20,000 units in a year. The Italian sports bike manufacturer plans to increase it to a total of 40,000 units as and when the demand goes on increasing.