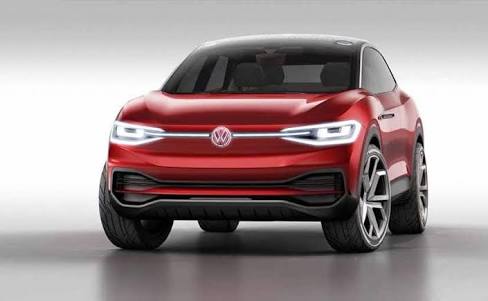 Volkswagon has a belief that there is already a market in India for the electric vehicles. They believe it is a more selective market where people who are owning more than two cars will replace one of their cars with an electronic vehicle. The production version of the Volkswagon I.D crozz will arrive in the Indian market soon in 2021.

Volkswagon I.D crozz is based on the company’s MEB platform it will be powered by Lithium-ion battery of 83KWH which will be driving 2 electric motors one each for the front and rear axles. The front motor is capable enough to make 101bhp and the rear motor can easily make 201 bhp. The combined power is 302bhp which is pretty good for an electric vehicle. The production version of the car will have a range of 500kmph.

Initially, the company will target the major cities in India for the launch of Volkswagon I.D crozz rather than going for the presence of nation-wide. The appearance of the car is pretty impressive and looks eye-catching. It appears to be wider with the bigger wheel as seen in the pictures available on the internet. You can easily identify the car just by looking once that it is an electric vehicle. It is designed incredibly. Volkswagon I.D Crozz is expected to create a massive impact in the automobile industry. The company also plans to launch plenty of cars in the future with unique designs and exciting features.