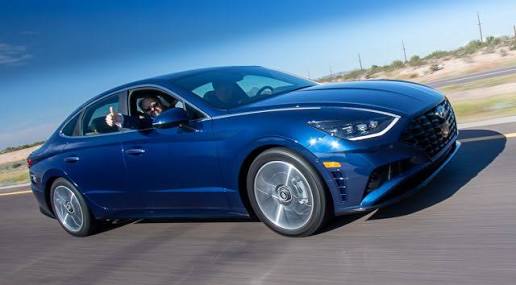 The largest survey of the consumer preferences in Russia ended up with the annual national award “Car of the Year”, a special ceremony of awarding the winners, which was held for the 20th time in a row.

COVID19 pandemic and the related restrictions have not affected in any way the mainstream automobile event of the year. Enormous multi-month online poll, which was anew organized by the research company Ipsos, has identified leaders and winners in 24 classes, including new nominations, which were just presented in the competition for the first time. As the director of Ipsos noted, “in our country there is no consumer research equal in terms of the number of participants in any other market. More people vote only in elections. Therefore, such a highly representative vote for the best cars, without any doubt, represents the opinions of the Russian people in one hundred percent. ”

The Winners of “The Car of the Year in Russia-2020” Award are as follows:

Vagons is GAZ Gazelle Next

In Hybrids and electric cars is Volvo XC90

The most Favorite brand in the mass segment is Volkswagen

The most Favorite brand in the premium segment is Mercedes-Benz

New Arrival of the year – 2020 is Volkswagen Arteon

The Breakthrough of the year is 2020 CHERYEXEED brand

The most popular Chinese car is Haval F7x

The Best car for car sharing is Hyundai Solaris

The Best car for taxi is Skoda Octavia

The red carpet, the happy owner of the luxury car Volkswagen Caravelle 6.1, which is the main prize for those who chose the best cars in 24 classes, to add to this a full set of Continental tires, and dozens of representatives of the most famous car brands – all these memorable moments have been united into the jubilee solemn award ceremony held in Izvestia-hall “.The 35-year-old resident of Orenburg Vladimir has become the owner of the main prize among the voters. Vladimir is a lawyer at Orenburg cultural institution. Now he has got his family car.

Today we have refueled cars with champagne! – these are the words of Vladimir Bezukladnikov, Chairman of the organizing committee of the award, who shares his impressions with the journalists. “But seriously speaking, the research project “Car of the Year in Russia” has been naturally developing already for the 20th year in a row. Moreover, each new nomination, each new class is not simply our invention, but a broadcast of the changes in the car market development in Russia, in our country.

Presentation of the new nominations … and the winners. Two more nominations have been launched this year. In the “2020 New Arrival” nomination, we find cars that joined the market during the pandemic period and are fighting for the victory. Another debut nomination reflecting the development of the world market is “Hybrids and Electric Cars”.

Russia head of Volkswagen comments: “We respect other Russian auto market research. Nevertheless, the Car of the Year Award is the undisputed number 1 of the Russian market in all respects. Irrespective whoever said anything publicly, every year after the announcement of the results of the Car of the Year study; all manufacturers carefully analyze its results to plan future sales in Russia accordingly.

This year “Car of the Year” has attracted the attention of the foreign journalists, as well as the representatives of the similar awards from other countries. In particular, the representative of the Chinese Award “Car of the Year in China” notes in his speech at the ceremony, that it is from the Russian analogue that they have borrowed many technologies and know-how.

In conclusion, Vladimir Bezukladnikov notes, that statistics actually confirm one particular regularity, which is that every year “the Car of the Year” project figures practically transmit the preferences of the car owners in our country. If three years ago the coincidence of the results of the premium and real sales corresponded to 70 percent, two years ago, it was about 72%, and a year ago it was 76%. We also expect that according to this year results, the choice of the Russian people will be in line with the sales of certain brands in their classes in the future.

The following Partners supported the largest automobile research project in Russia: it was Volkswagen Commercial Vehicles, which presented the main prize; the company Avtodor-Toll Roads, which has become a strategic partner; the contest partner is Continental; the technical partner is Total; the general information

partner is Nashe Radio, the prize partner is the Caiman brand, the special partners are the Drive and Auto 24 TV channels and the media partner is 5Koleso.