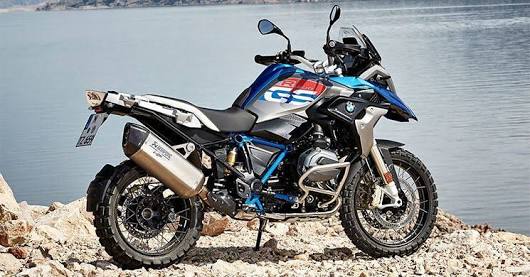 BMW, which is one of the leading automobile manufacturing companies has recently launched its two upcoming models, R 1250 GS and R 1250 Adventure in the home country.

In the Year 2018 September, BMW had launched the brand-new R 1250 GS which was the replacement model for the iconic R 1200 GS Model.

BMW R 1200 GS Engine: The company has worked significantly on the engine which has resulted in increasing the capacity of the engine.

This has, in turn, resulted in increasing the torque as well as power figures as compared to the existing model.

The model now has a capacity of making 136hp and 143Nm worth of torque as compared to the older model which has a jump of 11hp and 18Nm of torque.

The all-new engine of the upcoming model has been given a massive update with a BMW’s VVT (Version of Variable Value Timing) which is commonly called as ‘ShiftCam’.

This is the first model of BMW to feature this special technology which promises to significantly improve the refinement and combustion as well as promises to deliver more power across the rev band.

BMW R 1200 GS Features: The newest model of BMW, is seen equipped with ASC (Automatic Stability Control and a Hill-start control which will be treated as a standard fitment.

The new model comes up with an updated semi-active suspension of electronic which is with a fully automatic load of compensation.