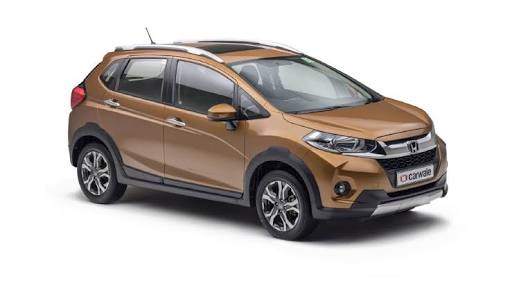 Honda Cars India is all set to take out the upgraded version of 2020 Honda WR-V Subcompact SUV in the market of India. The price of the car is not yet revealed, but we can expect the price to be revealed somewhere in the next month. The company is likely to reveal the price and some features of the car once the launch of fifth-generation Honda City takes place. It is scheduled to be launched on 16 March 2020. The car is going to obtain major upgrades; therefore we can also expect a price hike by the company.

2020 Honda WR-V Subcompact SUV is going to continue with the majority of its designs. Although it is going to feature the all-new grille which is utterly different from the existing version of the car. The new grille seems exceedingly appealing. It has replaced the existing honeycomb pattern with its multiple horizontal slats. The bumper in the front of the car has also received slight changes that are more pronounced creases and less black coloured cladding on the bottom.

2020 Honda WR-V Subcompact SUV looks undoubtedly appealing to see. You will not be able to witness any major change in its side profiles. The vehicle is expected to be offered with the all-new seat fabric patterns with the latest features.

Talking about the engine, 2020 Honda WR-V Subcompact SUV will be offered with the BS6 as obvious. With that being said, the compact SUV will be coming with both petrol and diesel engines. It is going to offer 1.2 litre motor which is capable enough for 89bhp and the torque of 110 nm. Talking about the diesel variant it is going to come up with the 1.5 litre engine which has the ability to push out the power of 99bhp and the peak torque of 200 nm respectively.