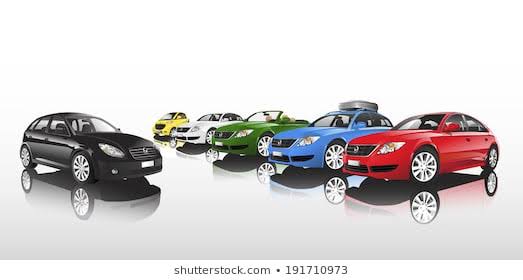 This year is surely going to witness a lot of changes and shifts in the Automobile Industry. As per the recent reports and investigations by the ABI Research it has been estimated that almost over 10 million connected cars are going to hit the roads in 2020 all over the world.

Connected cars which seemed too advanced of an idea to become standard will now become much more common.

In  “54 Technology Trends to Watch in 2020,” ABI Research’s new whitepaper has revealed almost 35 trends that will shape the technology market and 19 others that, although attracting huge amounts of speculation and commentary, look less likely to move the needle in the next 1 year.

Connected cars employing electrification, connectivity, and autonomous driving would have harmonized to deliver safer, more efficient transportation for all.

These connected cars are not merely just the added entertainment in the dashboard but  Cellular vehicle-to-X, or

, technology as well that encompasses the connecting of vehicle sensors to driving data such as speed, location, traffic, other cars, and anything else that could be conceived in this driving ecosystem. The bidirectional communication systems in connected cars that enable them devices and systems inside and outside the car are bound to offer increased safety and convenience.

According to the report, the year 2020 will also see the first large-scale deployment of 802.11p V2X Technology on the Volkswagen Golf in Europe. The first phase will be marked in the form of low-bandwidth, high-latency communication via the Long-Term Evolution (LTE) network between connected cars and data ingestion platforms to enable applications such as the ice and oil hazard warnings and lane-level traffic assistance.

Despite the crashing of the bike share market in 2018, the research projects an increase in different micro-mobility transportation methods this year. It says that the crash from China’s large market players like the  Mobike, Obike, and Ofo, has encouraged European and American-based service providers to ratify their market models so that they are not distributing at an aggressive rate.

And as the producers have decided to increase their fleet sizes the  Micro-mobility methods of transportations, such as e-bikes and scooters, are now being marketed in the European and North American markets, which are proving to be quite successful.

Many major automakers are already working in the segment of connected cars which will be launched this year.