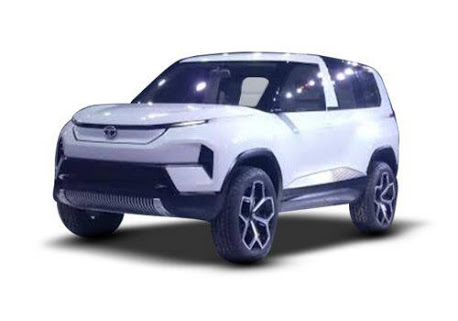 Tata has revealed the concept of its new model ‘Sierra’ at the Auto Expo 2020. The concept car by Tata caught the eyes of many people because of its attractive design and specifications. Tata Sierra has become the talk of the town, and people are pretty much excited for its launch. The car includes tons of features, and you will be amazed to witness the interior of the vehicle.

Tata Sierra is fully loaded with features and sharp dimensions, and it offers flush doors handles which we have already seen in some of the premium cars previously. This technology of the car can possibly increase the price of the vehicle. It also comes with rotating front seats and talking about the interior, it offers a very spacious cabin. Customers will be able to rotate the front seats or sofa of the car easily to make the seating more flexible and comfortable.

The company has also proffered in-cabin moss in the car. It will be present in both the front and back of the vehicle which livens up cabin if the car slightly wit green cover. Another feature of the car includes ‘camera as rear-view mirror’. The feature works as a rearview which is placed outside and replacing the traditional ones. But it is still not confirmed that this feature will be provided as a production-ready version of Tata Sierra.

It also comes with the sliding rear doors which looks extremely amazing in its appearance. The production model of the car will be 5 door vehicle. It is highly possible that the car will make a massive impact in the industry of automobile once it launches in the market. It is very much likely to be preferred by people because of its futuristic design and features. The starting of Tata Sierra is expected to be at Rs 15 lakh which is likely to end at Rs 20 lakh.