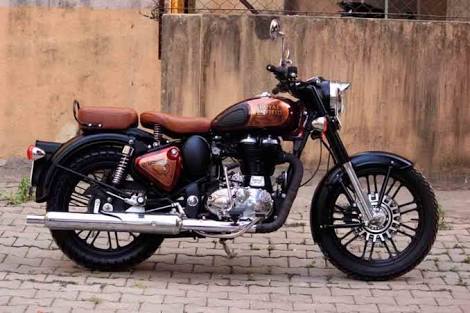 The Continental GT 650 and Royal Enfield Interceptor 650 will soon be flaunting their alloy wheels on the Indian roads. At present, the spoke wheels emphasise on the retro look of these bikes. From a leaked document, what has come to the forefront is that the testing for these 650 twins is currently going on. Several factors are being considered while testing, for instance, durability, development and validation. The Continental GT 650, as well as the RE Interceptor 650, will most likely get the new alloy wheels somewhere around February 2021.

The RE 650 twins entered the market with BS6 compliant 648cc, parallel-twin, air/oil-cooled engine boosted with fuel injection technology. The motor is capable of churning up power worth 46.8bhp and 52Nm torque. It will be safe to say that the power output is a tad bit lower when we compare it with the BS4 model. Both the motorcycles come equipped with a 6-speed gearbox.

The suspension system of the Continental GT 650 and the Royal Enfield Interceptor comprises of twin gas-charged rear shock absorber units and telescopic front fork. The stopping power is obtained from the 240mm rear disc brakes and the 320mm front brakes. The RE 650 twins come equipped with dual-channel ABS or Anti-Lock Braking System as a part of the standard fitment.

Speculations are doing the rounds that the Chennai based bike maker is at present working on a 650cc cruiser bike. This new motorcycle will be sharing its underpinning with the RE Continental GT 650 and Interceptor 650. Of late, a test mule of the same had been caught on the camera while it was busy doing the test rounds. According to the spy photographs, the bike will be having a low-slung profile with different retro-styled elements, for instance, slender fuel tank, alloy wheels and circular headlamp.

There will be some similarity with the Royal Enfield KX Concept in terms of design bits. It was launched at the 2019 EICMA Motor Show in Milan. The new RE 650 cruiser will come with an elongated seat as well as a USD fork front suspension. The new cruiser bike will be sharing its engine with the RE 650 twins.