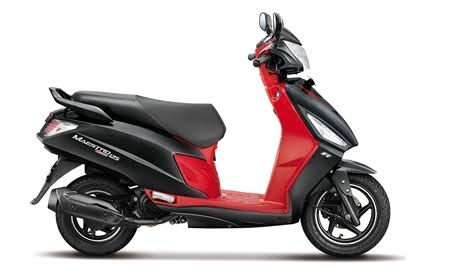 Hero has added another BS6 variant in its line-up, which are Hero Maestro Edge 125 and Destini 125 in India. Both of the models are very much torquier and powerful than their previous version of BS4. The company has claimed that both the scooters will be more fuel-efficient by 11%. They also said that both Maestro 125 and Destini 125 would be faster than previous by 10%.

Both of the scooters have received new color options that look pretty much appealing. The BS6 Hero Destini is priced at Rs 64,319, and BS6 Maestro Edge will be offered in Rs 67,950. Both models will be available in several variants. There will be a total of 5 variants offered by the company. The prismatic color and updated disc will approximately be 6 thousand more expensive as compared to the existing version. Now coming to the disc and drum variants, it will be Rs 7,580 and 8,290.

Both of the scooters are powered by BS6 compliant BS6 125cc. It will be capable enough to deliver 9bhp at 700 rpm and peak torque of 10.5nm. Both of the scooters look quite impressive from the outside and inside. Talking about the performance, it is no less than any other scooter available in the market in its range. The company also offered LED Guide lamps on the latest 125 Destini.

Both Maestro 125 and Destini 125 have become the talk of the town ever since the news of launch came out on the internet. It seems like the scooters are going to make a significant impact on the industry of automobile with its new launches. The company is also planning to launch new two-wheelers soon in India in the coming years. It looks like the company is all set to lock horn against several companies with its upcoming launches.