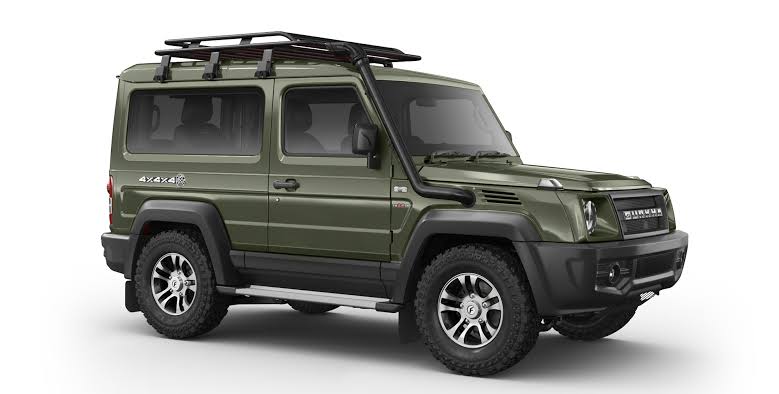 Force Motors is gearing up to launch their robust off-roader, the five door Gurkha, in the coming weeks. The company has been testing out the new vehicle across several Indian roads and we have a lot of spy pictures taken about it. The company will launch the model in the early 2023. It is to be noted that the 3 door Force Gurkha had been in the market for almost a decade now. While the 3-door Gurkha faced a tough competition from the Mahindra Thar, this new 5 door Gurkha will have a relatively lower competition as Mahindra is planning a 2024 launch of its 5 door version. If you have been waiting to see the features coming with this new SUV, you are in for a treat. Here are the specs of the new Gurkha.

Engine and Transmission of Force Gurkha

The Gurkha will be equipped with a 2.6-litre diesel engine, which Force Motors will source from Mercedes. This engine will be good enough to produce 91hp and 250Nm torque. It is also likely that the new SUV will come as both 4X4 and 4X2 variants. The 4X4 variant will be obviously more expensive than the 4X2 variant and Force will price it aggressively too. The engine will be mated to a 5-Speed Manual Gearbox, which will provide more control for the driver.

The new Gurkha looks a little similar to the previous model, but it comes with a lot of major upgrades. The entire body shell is new, not to mention the new front grille, new bumpers, redesigned light clusters, a large windshield and what Force calls, Panoramic Windows in the rear. There is also a 4X4 logo etched on the rear too.

On the sides we can notice the 18-inch wheels instead of the 16-inchers on 3-door Gurkha. The headlamps get a circular design with LED daytime running lamps lining it neatly on the edges. The bonnet-mounted turn indicators, the blacked-out grille and the front bumper give it a robust look from the front.

The 5-door Gurkha has a longer wheelbase than its 3-door sibling, longer by about 400mm. This increased wheelbase will give the 5-door model a better break over angle than the previous model.

The interior of the new Gurkha has been made interesting with a lot of seating layout options. This includes a bench seat or captain’s chairs for the second row and the option of opposite-facing jump seats or captain’s chairs for the third row. This shows that Force is planning to give out Gurkha as more than an adventure vehicle, as a luxury adventure vehicle too. A bench-seat layout also means that it will come in 6-, 7-, and 9-seater configurations.

The 5-door Gurkha has no direct rivals yet. Yes, there are no other 5-door models that can compete with it yet, but they will come sometime in the next couple years. Mahindra is developing its own 5-door Thar and Maruti Suzuki is getting the 5-door Jimny. The Thar model will debut sometime in 2024, while Jimny will be unveiled next year. So, at least for the best part of 2023, it will be the rivalry between the Jimny & Gurkha on the Indian roads.